1850 Mitchell and Cowperthwait Map of Ireland 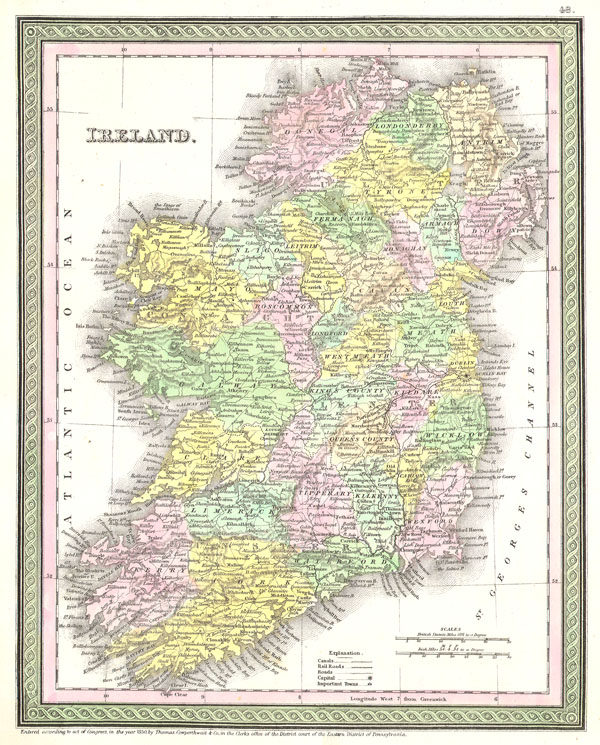 1850 Mitchell and Cowperthwait Map of Ireland

This beautiful hand colored map is a lithographic engraving of Ireland, dating to 1850, by the legendary American map publisher S.A. Mitchell, the elder. Dated and copyrighted 'Entered according to act of Congress in the year of 1850 by Thomas Copwerthwait and Co. in the clerks Office of the District court of the Eastern District of Pennsylvania.'