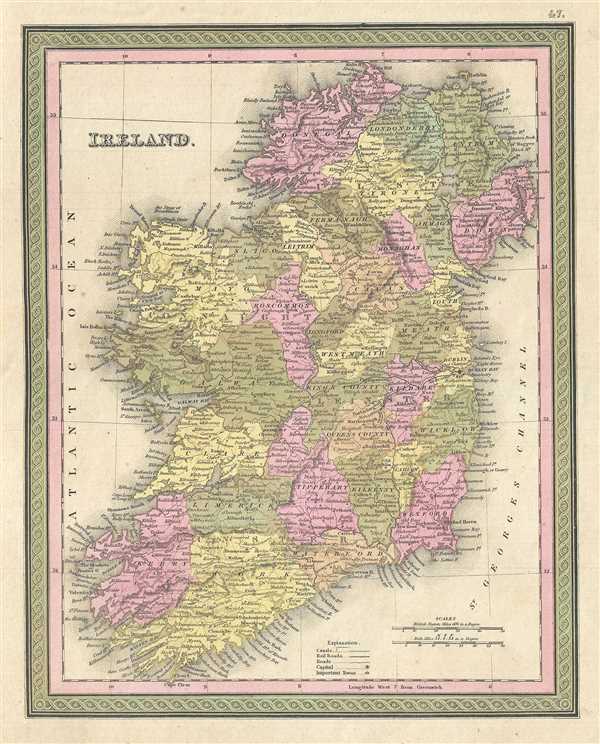 This hand colored map is a lithographic engraving of Ireland, dating to 1850, by the American map publisher S.A. Mitchell. Covers all of Ireland including Northern Ireland, and is divided into the traditional 32 counties. Topographical information is clearly presented and towns, lakes, roads, and other information is shown and named. Political divisions are indicated with contrasting pastels.