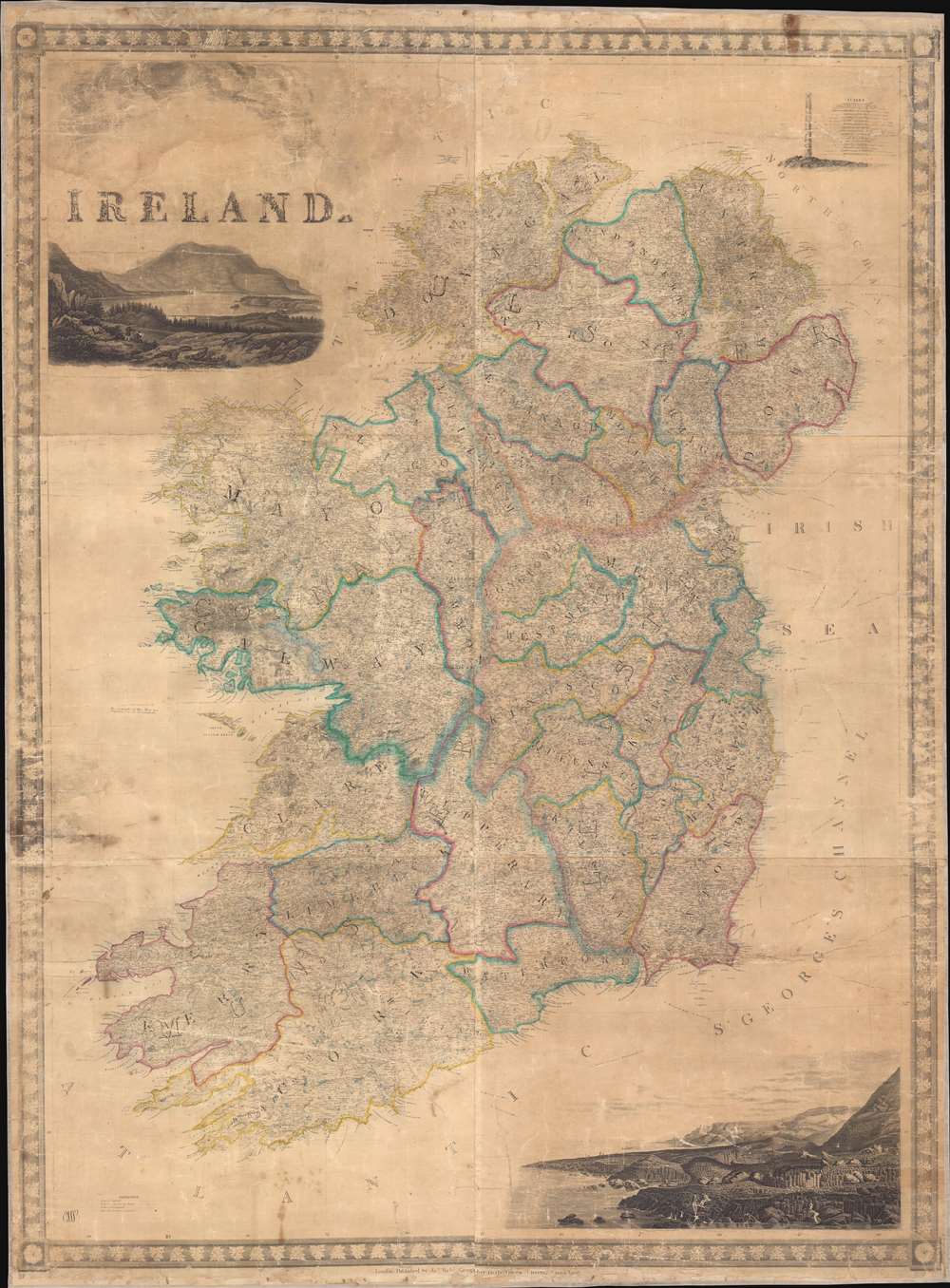 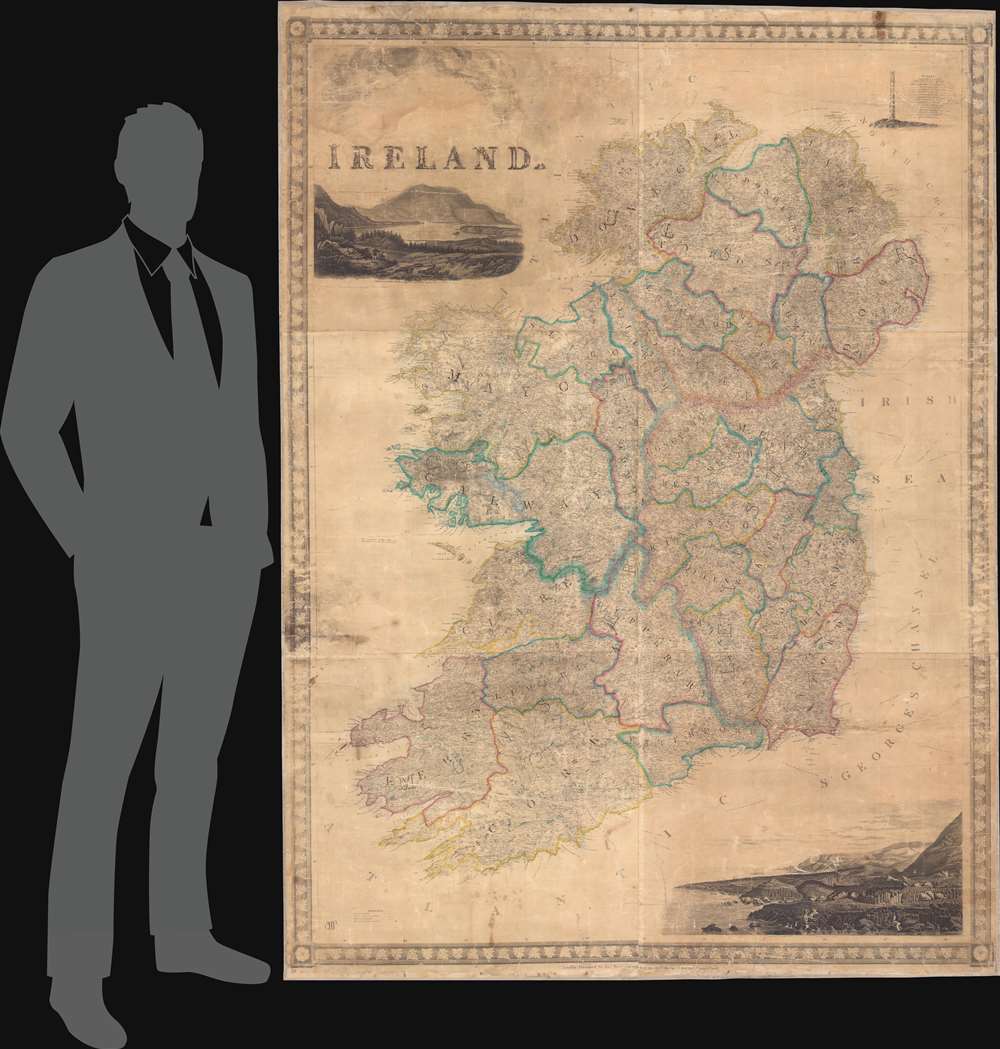 This is a c. 1846 James Wyld map of Ireland. Highly detailed, myriad cities, towns, and villages are labeled throughout, including Dublin, Belfast, Galway, and Cork. Roads and highways are also illustrated, as are lakes and rivers. Counties are labeled in block letters and outlined in various colors to allow for easy differentiation. Vignettes adorn the upper-left, upper-right, and lower right corners.

This map was created and published by James Wyld c. 1846 in London.

Very good. Full professional restoration including fresh linen backing. Light soiling. Some small areas of loss. Some cracking.
Looking for a high-resolution scan of this?