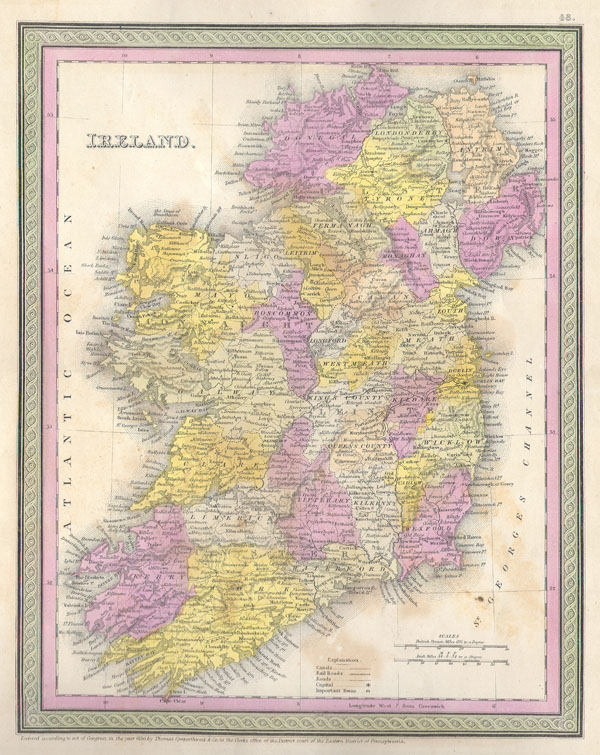 This hand colored map is a lithographic engraving of Ireland, dating to 1850, by the American map publisher S.A. Mitchell, the elder. Topographical information is clearly presented and towns, lakes, roads, and other information is shown and named. Political divisions are indicated with contrasting pastels. Dated and copyrighted 'Entered according to act of Congress in the year of 1850 by Thomas Copwerthwait and Co. in the clerks Office of the District court of the Eastern District of Pennsylvania.'