1853 Black Map of Ireland in Counties 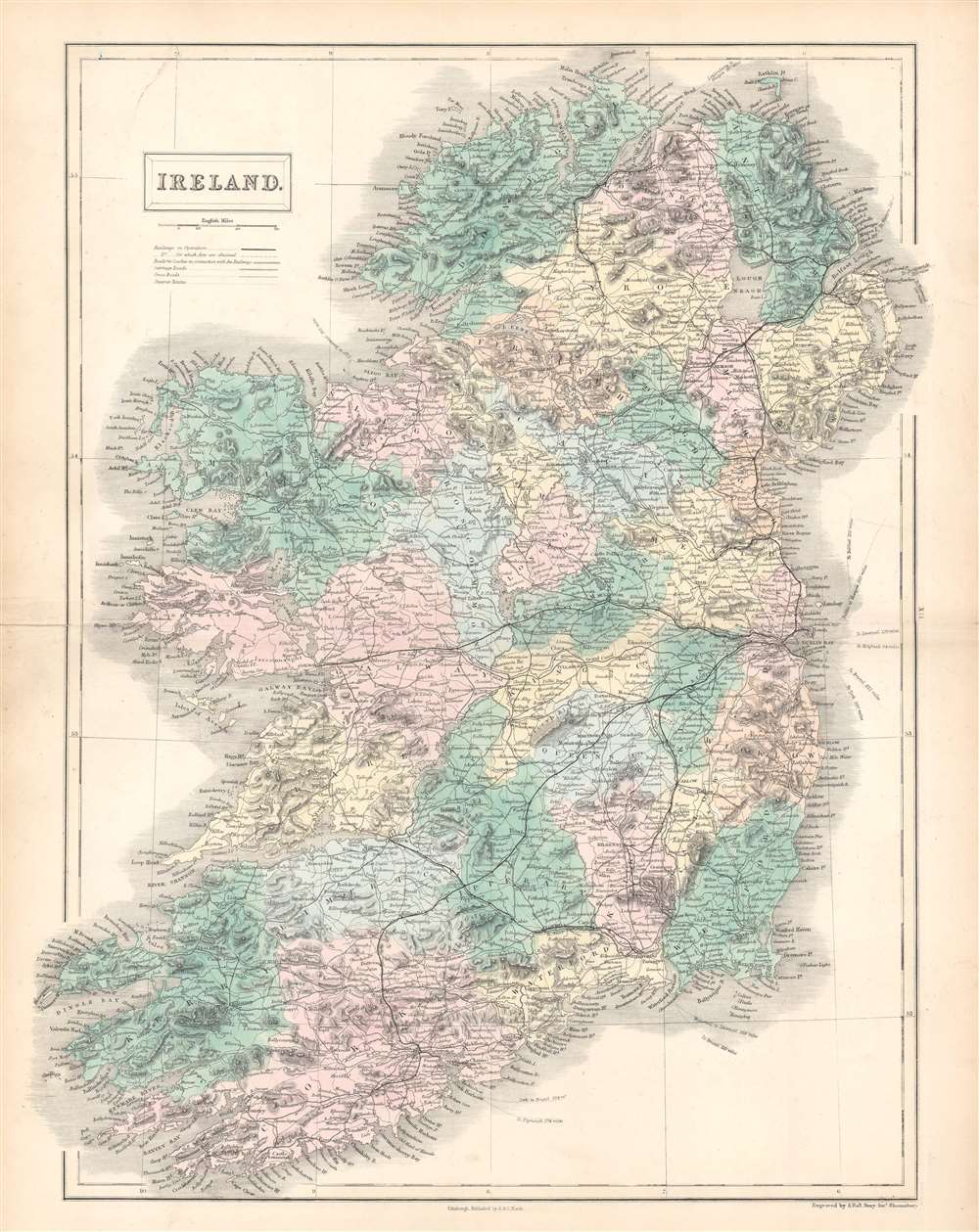 1853 Black Map of Ireland in Counties

This is an 1853 Adam and Charles Black map of Ireland. Depicting all of Ireland divided by county, from Donegal to Cork, various towns, cities, railways, rivers, mountains and several other topographical details are noted with relief rendered by hachure. When compared with earlier editions of Black's map of Ireland, the evolution of the railway network becomes immediately apparent. In the north, for example, the line between N.T. Limavady and Omagh is significantly longer, even when compared with the edition published two years earlier. In that same 1851 edition, the line across central Ireland connecting Galway and Dublin does not appear.

After the Norman Invasion the old provincial structure was supplemented with modern system of counties – even so the old provinces are still referenced today. In 1801, the island of Ireland became part of the United Kingdom of Great Britain and Ireland. Though Britain flourished during this period, Ireland suffered a series of famines, the worst one being the Great Irish Famine, which lasted from 1845 – 1849 and killed about a million people. As a result, Ireland experienced a widespread exodus – mostly to the United States. By the end of the 19th century, almost 50% of immigrants into the United States were from Ireland.

This map was engraved by Sidney Hall and for publication the 1853 edition of Black's General Atlas of the World.