1840 Black Map of Ireland in Counties 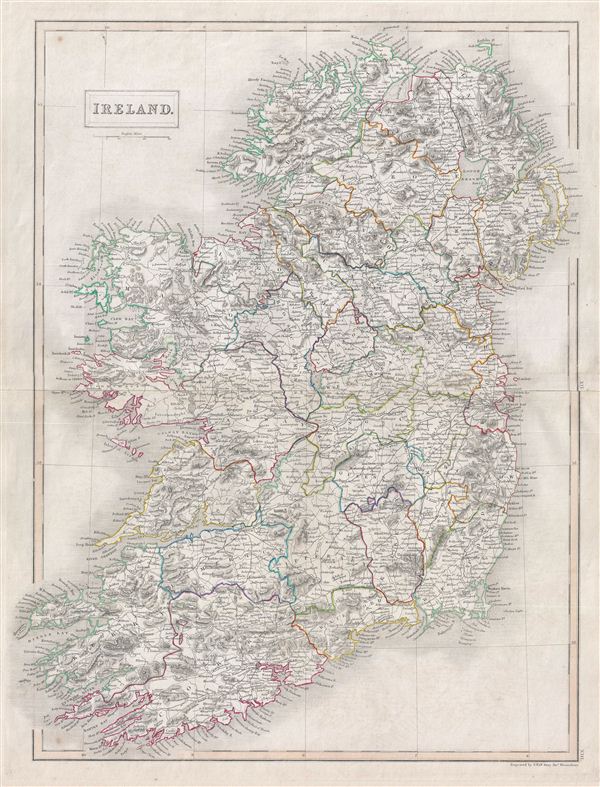 1840 Black Map of Ireland in Counties

A fine example of Adam and Charles Black's 1840 map of Ireland. The map shows all of Ireland divided by county. It covers from Donegal in the north to Cork in the south. In 1801, the island of Ireland became part of the United Kingdom of Great Britain and Ireland. Though Britain was flourished during this period, Ireland would witness the Great Irish Famine from 1845-1849 causing mass starvation and emigration. This map was engraved by S. Hall for issue in the 1840 edition of Black's General Atlas.