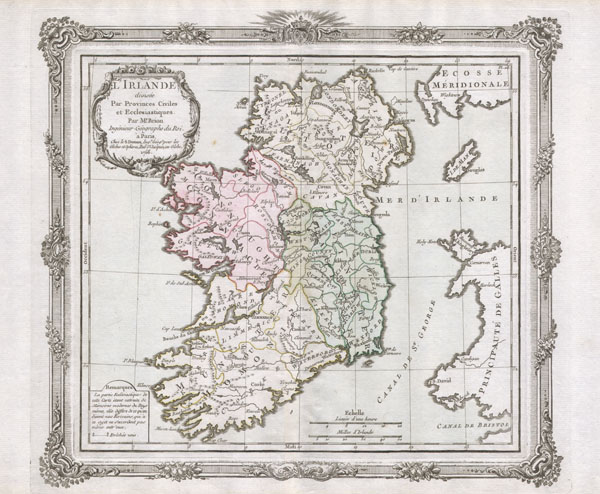 This is a rare and elegantly produced 1766 map of Ireland by the French cartographer Louis Brion de la Tour and his associate Louis Charles Desnos. Depicts the island of Ireland divided into four sections. Decorative title cartouche in the upper left quadrant. What makes this map exceptionally rare is the condition, unlike most maps from this series, the elaborate decorative border is fully intact.