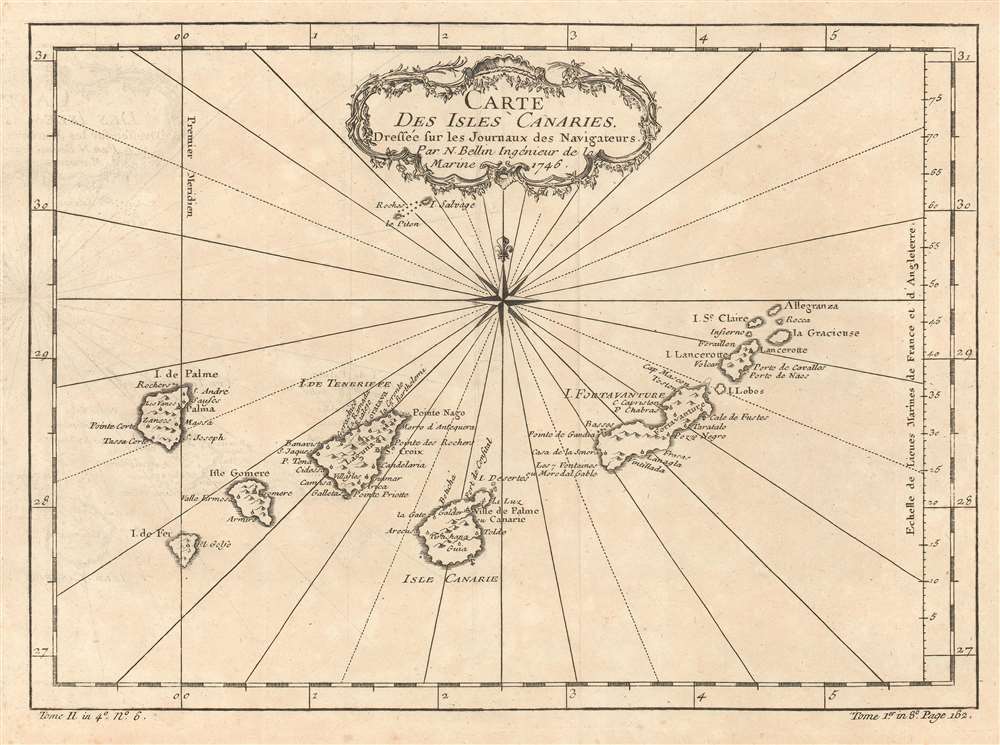 This is a 1746 Jacques-Nicolas Bellin map of the Canary Islands. The map depicts the seven Canary Islands, including Tenerife (Isle de Teneriffe), Fuerteventura (I. de Fortaventure), Gran Canaria (I. Canarie), Lanzarote (I. Lancerotte), La Palma (I. de Palme), La Gomera (I. Gomere), and El Hierro (I. de Fer). The Canary Islands are a major tourist destination, welcoming over 12 million tourists every year. Numerous cities are labeled on each of the islands. A meridian, the 'first meridian' is included on the map and runs through El Hierro (I. de Fer). This meridian was created and fixed to El Hierro by declaration of French King Louis XIII in 1634.