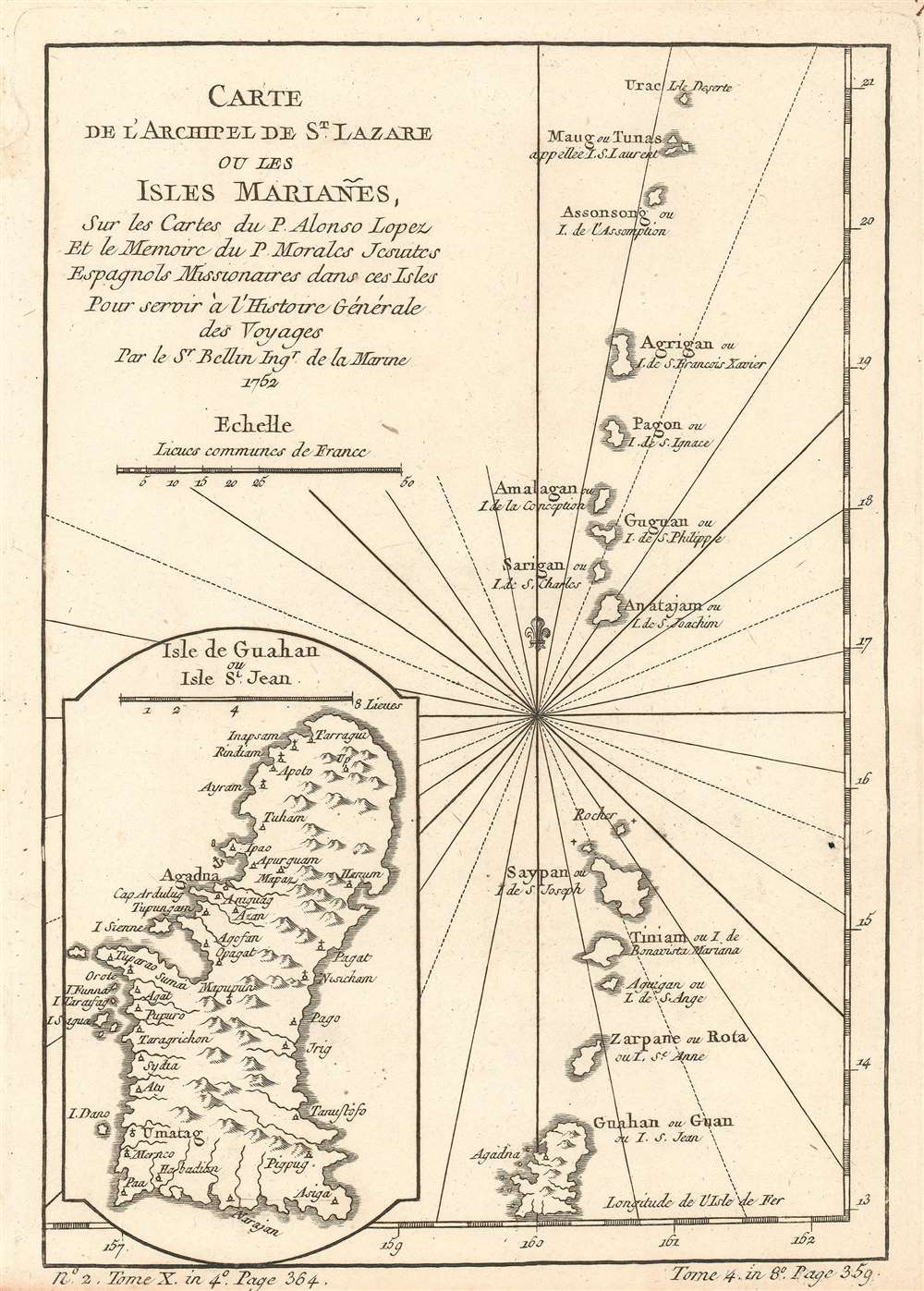 Illustrates Guam, a U.S. Territory, and Tinian and Saipan, two critical locations in the Pacific War.
$150.00

This is a 1752 Jacques-Nicolas Bellin map of the Marianas Islands, a crescent-spaped archipelago in the western North Pacific Ocean. The map depicts the archipelago from Farallon de Pajaros (Urac) to Guam and illustrates fourteen islands including the Maug Islands, Asuncion Island (Assonsong), Pagan (Pagon), Saipan, Tinian, and Guam. A fairly detailed inset map of Guam is situated in the lower left corner and labels villages and a handful of coastal sites. Agadna is labeled as a safe port by the inclusion of an anchor emblem.

A Short Colonial History of the Mariana Islands

The first colonial power to occupy the Marianas was Spain, when an expedition trying to circumnavigate the Earth discovered the islands in 1521. Spain sold the Marianas, along with the Carolines and Pelew Islands, to Germany is 1899 following their defeat in the Spanish-American War. Germany lost control of the Marianas during World War I when they were captured by the Japanese, who held them until the United States captured Saipan and Tinian during World War II. Today, the Northern Mariana Islands are now a U.S. commonwealth, while Guam is a U.S. territory.