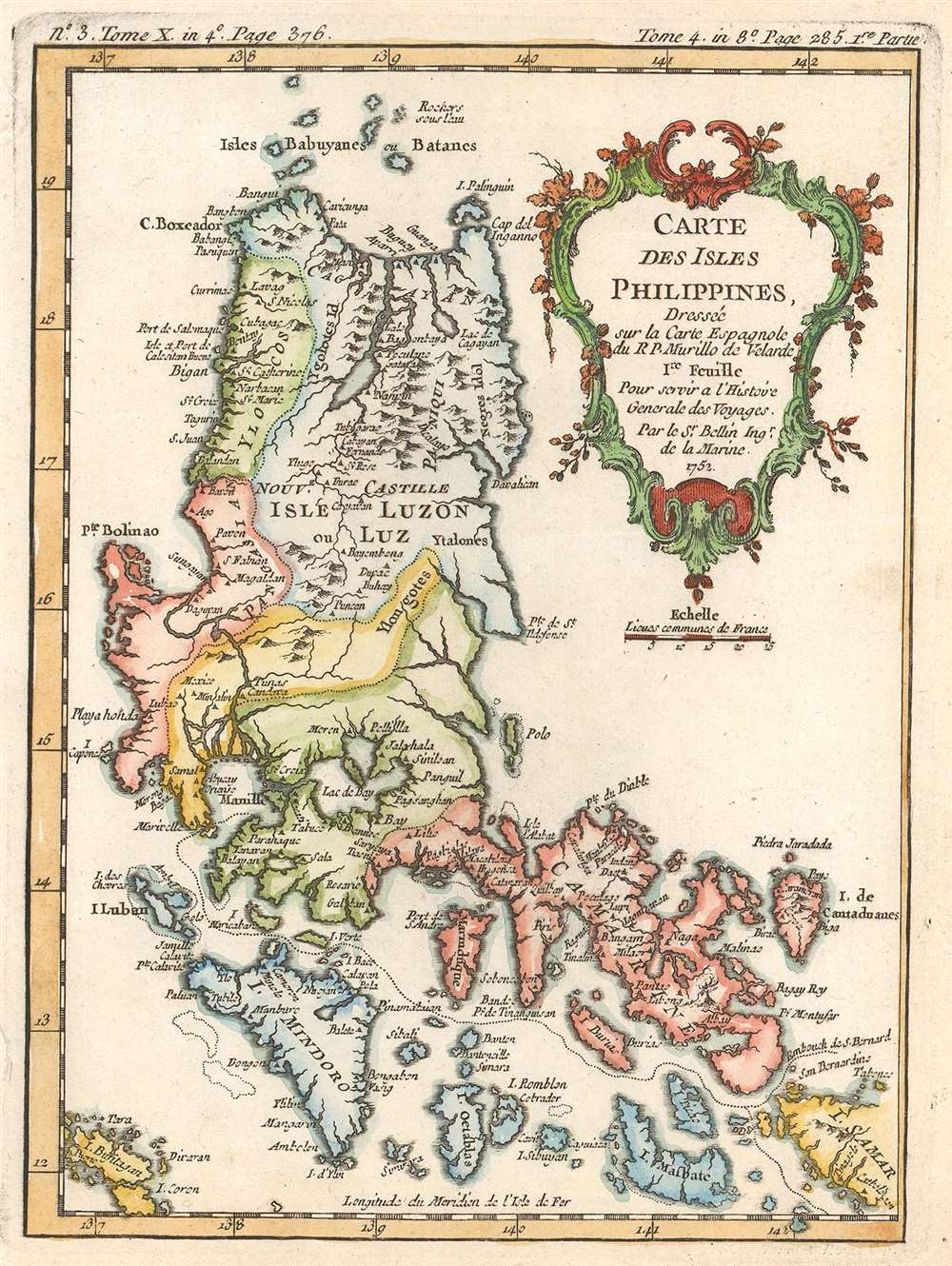 Depicts Mayon, the most famous and active volcano in the Philippines.

This is a 1752 Jacques-Nicolas Bellin map of the northern Philippines. The map depicts the region from Bolinao on Luzon to the islands of Samar and from the Babuyan Islands to Masbate Island and Coron Island. Beautifully engraved, myriad settlements are labeled throughout Luzon, including Manila, along with settlements on Mindoro and Samar. Along with the major islands, most of the smaller islands are also identified. Mountains, rivers, and lakes are illustrated throughout Luzon, including Mayon, the most famous and active volcano in the Philippines.