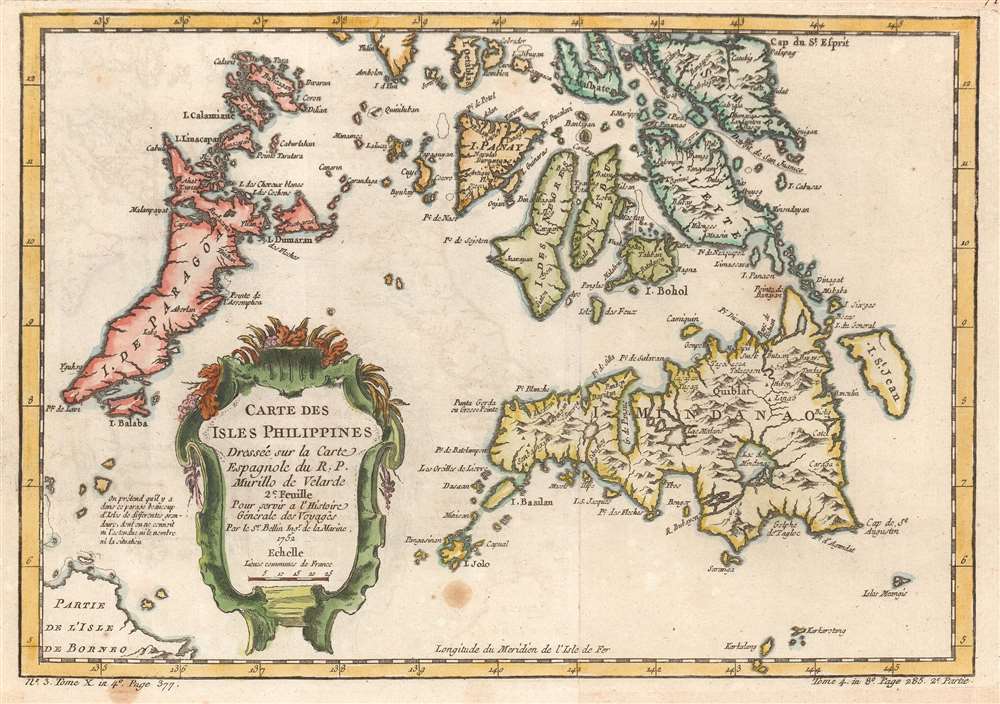 A wonderful 18th century map of the southern Philippines.

This is a 1752 Jacques-Nicolas Bellin map of the southern Philippines including the islands of Leyte, Mindanao, Negros, Cebu, Palawan, and Samar. Beautifully engraved, the map depicts the region from Samar to Borneo and from Palawan to Mindanao. Each of the major islands is labeled, along with myriad smaller islands throughout the region. Settlements are labeled on Panay, Samar, Leyte, Palawan, and Mindanao.

This map was created by Jacques-Nicolas Bellin in 1752 for inclusion in Abbé Prévost's Histoire Générale des Voyages.