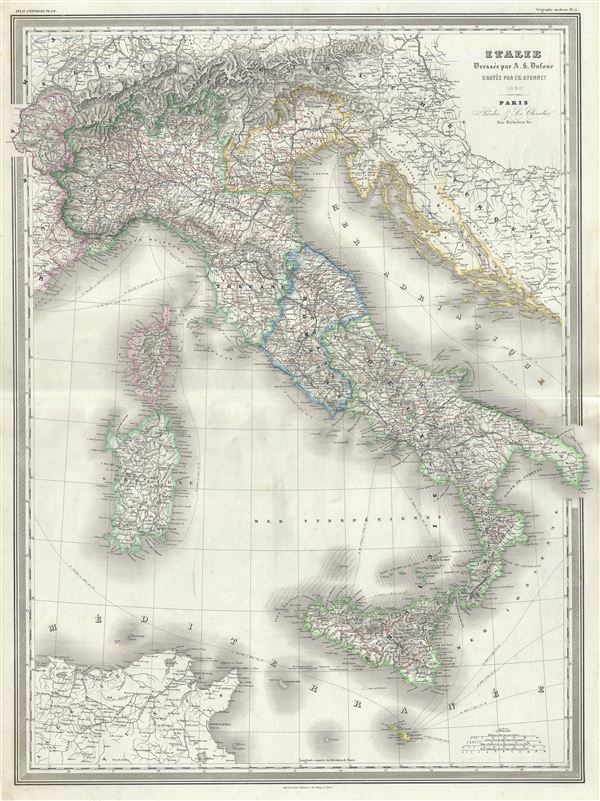 This is a beautiful 1860 elephant folio map of Italy by A. H. Dufour. It depicts the Italian peninsula in the midst of its struggle for national solidarity. Includes the Kingdom of Sardinia, Corsica, and Sicily. Throughout, the map identifies various cities, towns, rivers and an assortment of additional topographical details. Shortly before this map was published Garibaldi and his Red Shirts were fighting to unify the disparate city states: Venetia, Kingdom of Italy, Piedmont, Lombardy, Aemilia, Tuscany, the Marches, Umbria, Sicily and the Papal States.

Following the defeat of Napoleon and the merging of Sicily and Naples into the Two Sicilies, the Island of Sicily witnessed revolts against the Bourbon rule in 1820 and 1848. The final revolution in 1848 resulted in the island gaining independence from Bourbon control for 16 months.