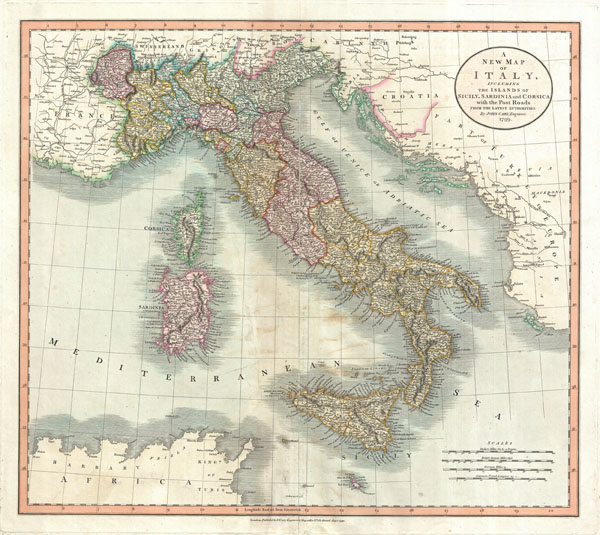 An exceptionally beautiful example of John Cary's important 1799 Map of Italy. Includes the peninsula of Italy as well as the islands of Corsica, Sardinia and Sicily. Extends north as far as Switzerland and Tyrol. When this map was made Italy had yet to begin its campaign for national solidarity. The peninsula of Italy is shows divided between the Duchy of Tuscany, the Papal States, and the Kingdom of Naples. Northern Italy is divided into numerous smaller duchies and republics including Venice, Parma, Mantua, Modena, Milan, Piedmont, Savoy, et al. Includes adjacent parts of France, north Africa, Croatia and Turkey. All in all, one of the most interesting and attractive atlas maps of Italy to appear in first years of the 19th century. Prepared in 1799 by John Cary for issue in his magnificent 1808 New Universal Atlas.