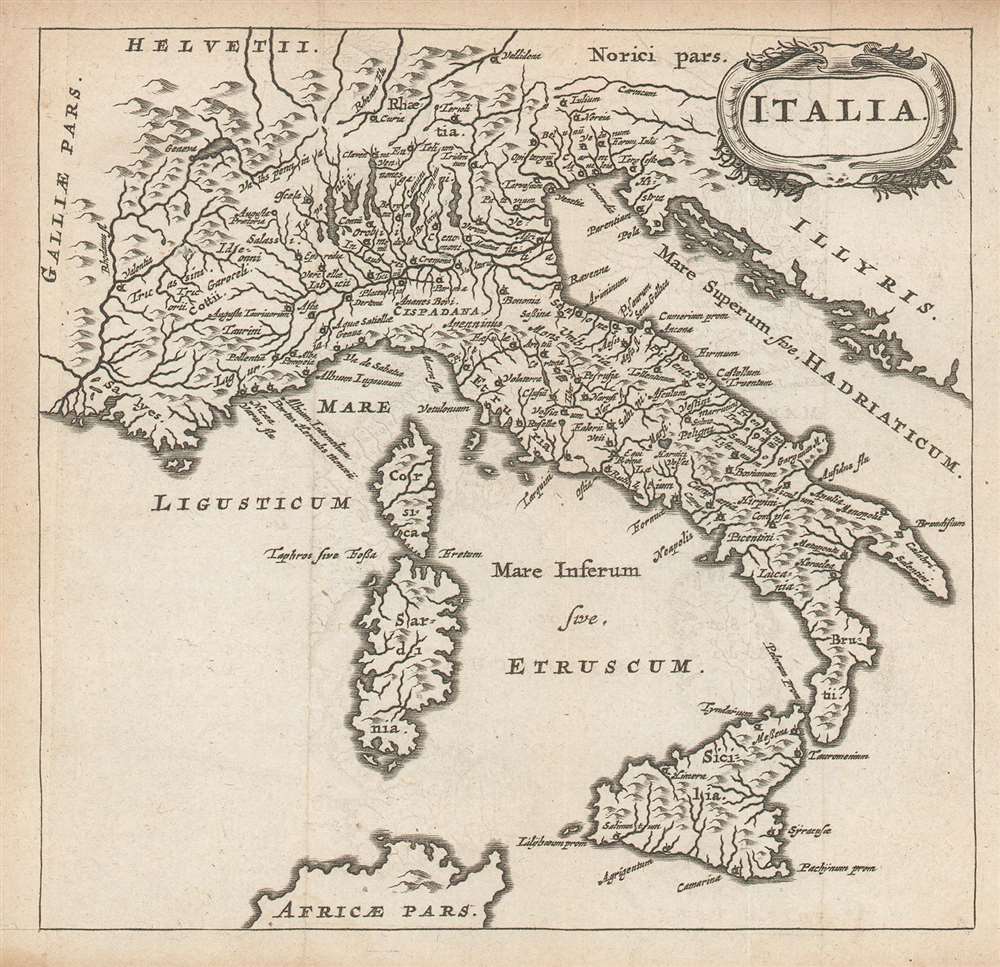 This is a finely-engraved miniature map of Italy, with Sicily, Sardinia and Corsica, printed in a 1661 Elzevir edition of Philipp Clüver's Introductionis in Universam Geographiam. The map shows place names drawn from of antiquity, derived from classical sources, including Pliny, Strabo, and Julius Caesar. It therefore depicts the Italy known to Ancient Rome. Mountains are indicated pictorially.