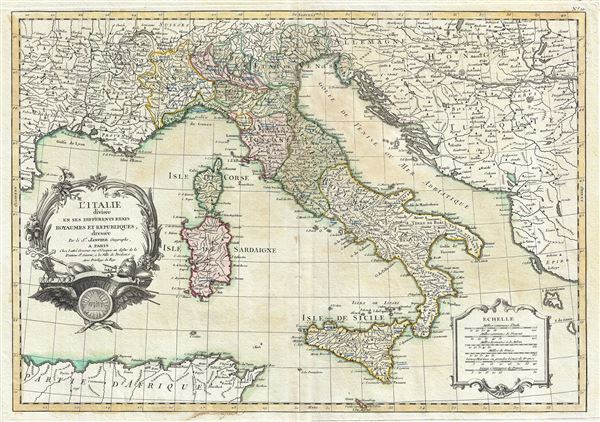 This is an appealing decorative 1762 map of Italy by Jean Janvier's. Janvier's map covers from the Gulf of Lyon eastward to include all of Corsica, Sardinia, Italy, the Adriatic, and parts of Hungary and Turkey in Europe. It extends southwards to include adjacent parts of Africa and northwards as far as Lake Geneva. This map shows the Italian peninsula prior to its struggle for national solidarity which would emerge as a movement about 50 years later in the early 19th century. The peninsula is divided into numerous independent states, duchies, republics, kingdoms and, of course, the Papal States (States of the Church).