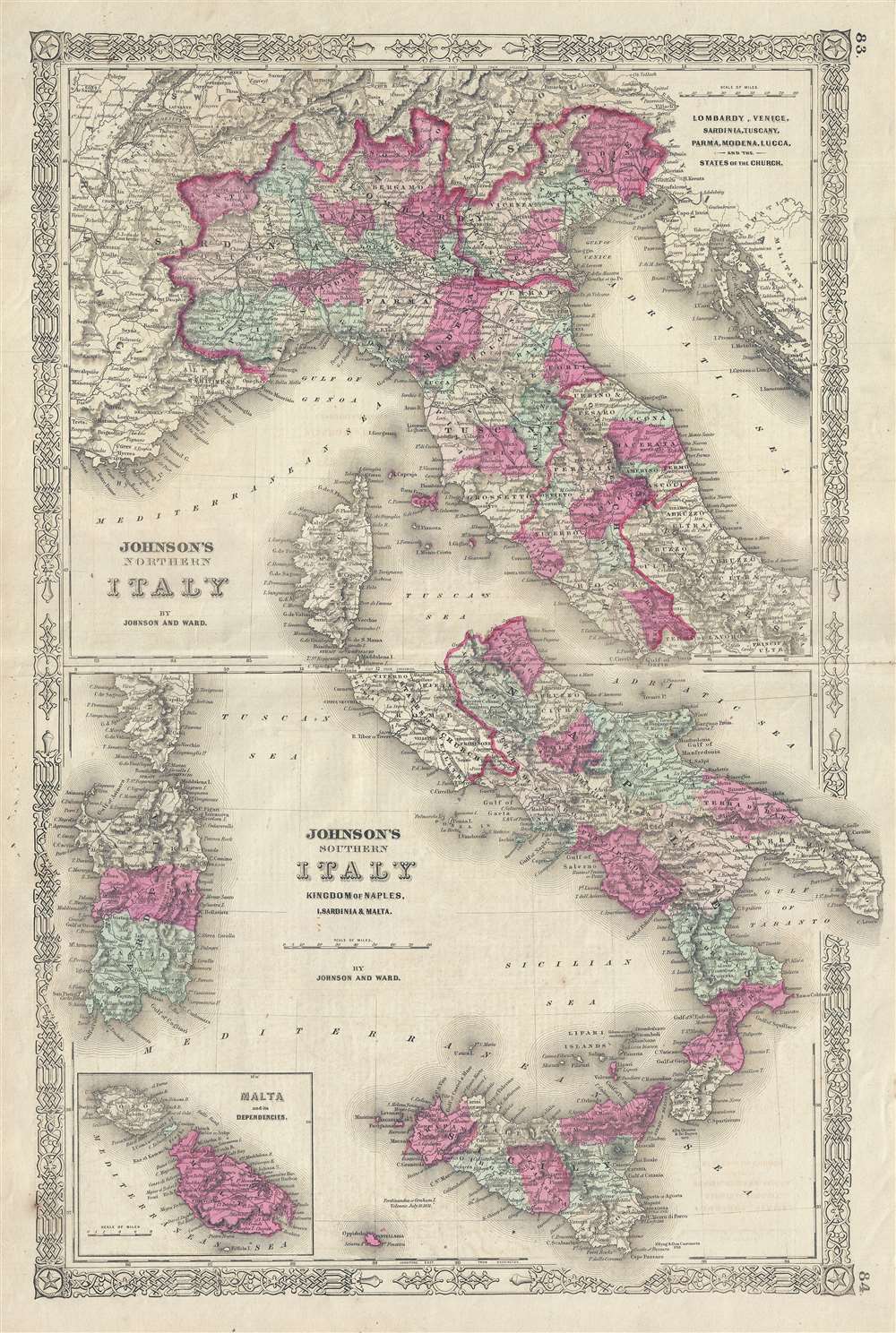 This is a marvelous 1863 map of Italy by the American cartographic publisher A. J. Johnson. It divides the region into Northern and Southern parts according to the geographical and political distinctions in 1863, when the Italian peninsula was peninsula in the midst of its struggle for national solidarity. Shortly before this map was published Garibaldi and his Red Shirts were fighting to unify the disparate city states: Venetia, Kingdom of Italy, Piedmont, Lombardy, Aemilia, Tuscany, the Marches, Umbria, Sicily and the Papal States. This is reflected in above map by the national barriers segregating both the States of the Church and the Duchy of Venice from the rest of Italy. Includes the Kingdom of Sardinia, Corsica, and Sicily. Lower left hand quadrant features an inset map of Malta. The map features the fretwork style border common to Johnson's atlas work from 1863 to 1869. Published by Johnson and Ward as plate nos. 83-84 in the scarce 1863 edition of Johnson's Family Atlas.