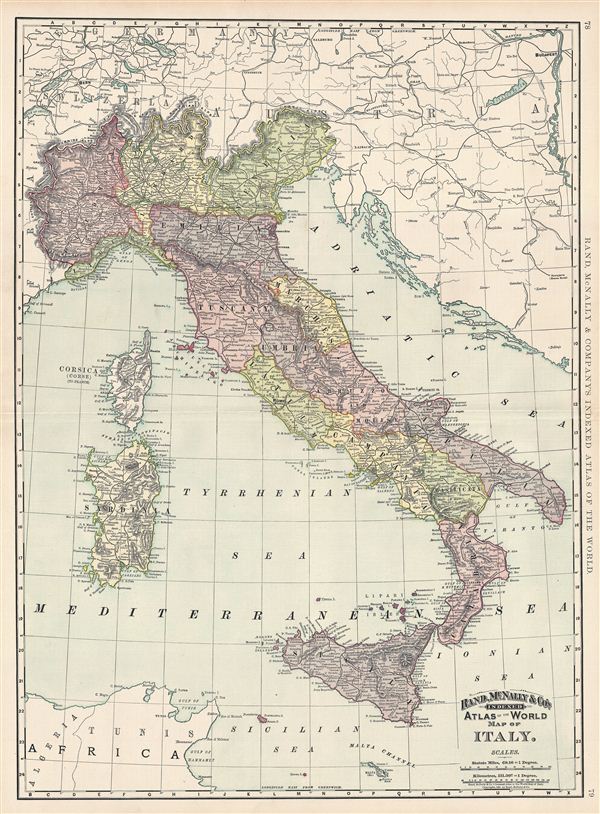 This is a beautiful example of Rand McNally and Company's 1892 map of Italy. It covers the Italian peninsula after its unification. The islands of Sardinia and Corsica are included. In 1861, Giuseppe Garibaldi and his Red Shirts led the drive for Italian national solidarity. On March 17, 1861, the Sardinian government led by the Count of Cavour finally declared a unified Kingdom of Italy. even so, Italy would not be fully united until the Franco-Prussia War forced France to abandon its support of the Papal States in 1870. Color coded according to region, this map identifies numerous cities and towns, as well noting mountains, rivers, and various other topographical details. Relief shown by hachure. Issued as plate nos. 78 and 79 in the 1895 issue of Rand McNally and Company's Indexed Atlas of the World - possibly the finest atlas Rand McNally ever issued.