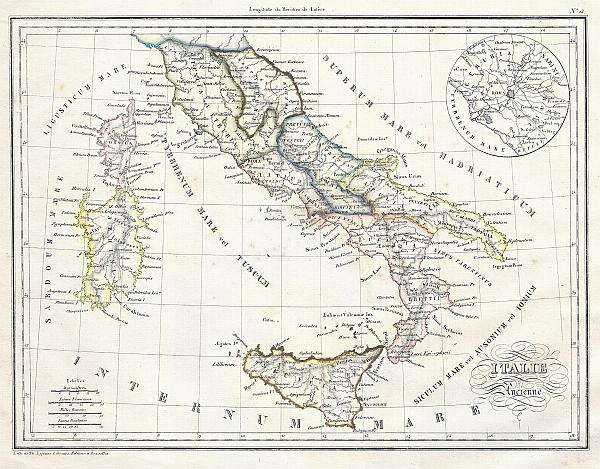 This is a beautiful 1837 hand colored lithograph map of Italy in Ancient Roman times. Includes an inset plan of the vicinity of Rome. All text is in French. Dated 1835.

Very good condition. Wide margins. Blank on verso.
Looking for a high-resolution scan of this?