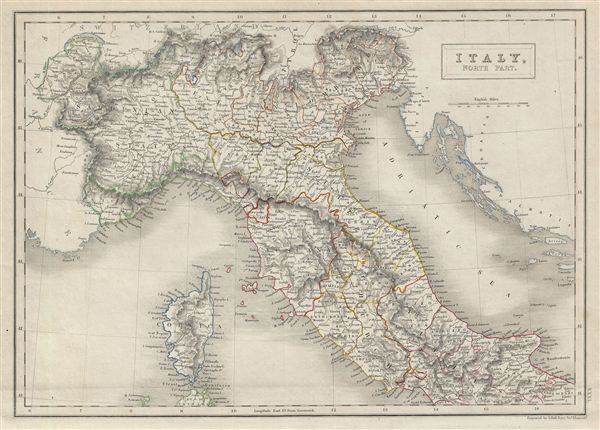 A fine example of Adam and Charles Black's 1840 map of northern Italy. The map covers the island of Corsica and Northern Italy, depicting the regions of Tuscany, Modena, Parma, the Sardinian States, Venetian Lombardy, the States of the Church, and Corsica. It also shows the northern part of the Kingdom of Naples. As this map was drawn, revolutionary sentiments favoring the unification of Italy were gaining popularity under Giuseppe Garibaldi, paving the way to Italian solidarity. This map was engraved by S. Hall for issue in the 1840 edition of Black's General Atlas.