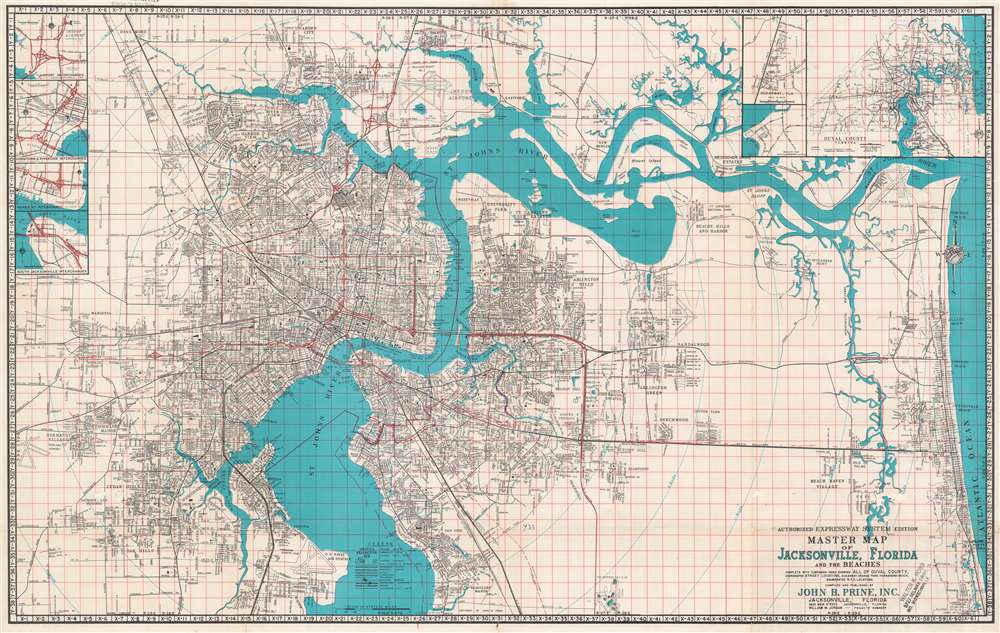 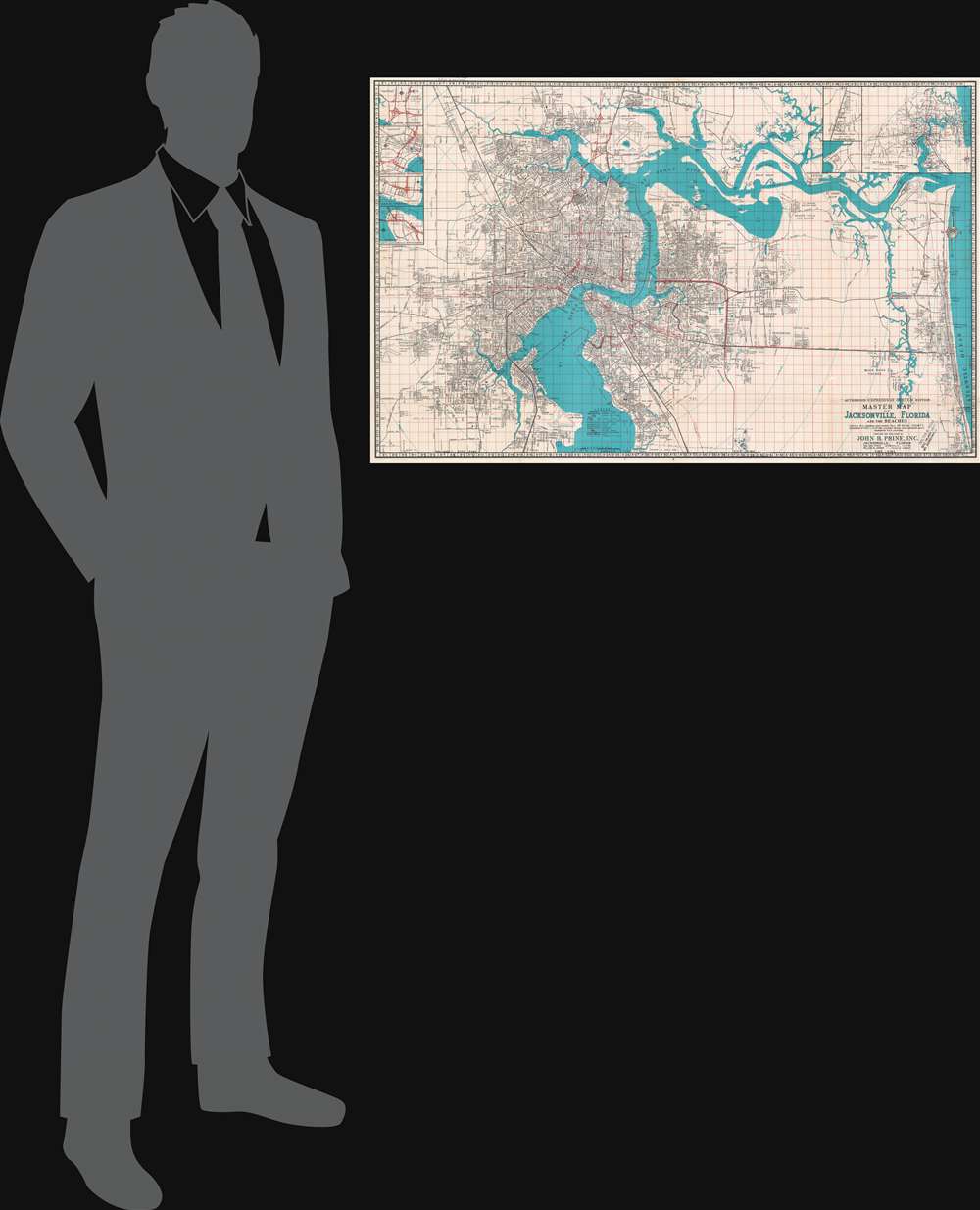 This is a 1960 John B. Prine city plan or map of Jacksonville, Florida. Coverage extends from Garden City south to Ortega Hills and Beauclerc Manor and from Herlong Airport east to the Atlantic Ocean Streets are illustrated and identified throughout with major highways are highlighted in red. The region's waterways are also illustrated in detail. Important civic buildings, particularly schools, are noted. Inset maps in the upper right depict Duval County, Oceanway, and Beauclerc Point. Inset maps along the left border focus on important highway interchanges. The top map illustrates the interchanges near Imeson Airport, the second the downtown and Riverside interchanges, the third the Haines Street interchange, and the fourth the South Jacksonville interchanges.

This map was compiled and published by John B. Prine Inc. in 1960. An example is cataloged in OCLC and is part of the collection at the Jacksonville Public Library.

John Burgsteiner Prine (September 1, 1907 - May 1968) was an American architect and landscape designer active in Jacksonville Florida in the mid 20th century. Prine was born in Thomasville, Georgia. He relocated to Jacksonville as a young man. Later, he lived in West Palm Beach, where he was employed with the Island Landscape Company. He died in Jacksonville. Learn More...