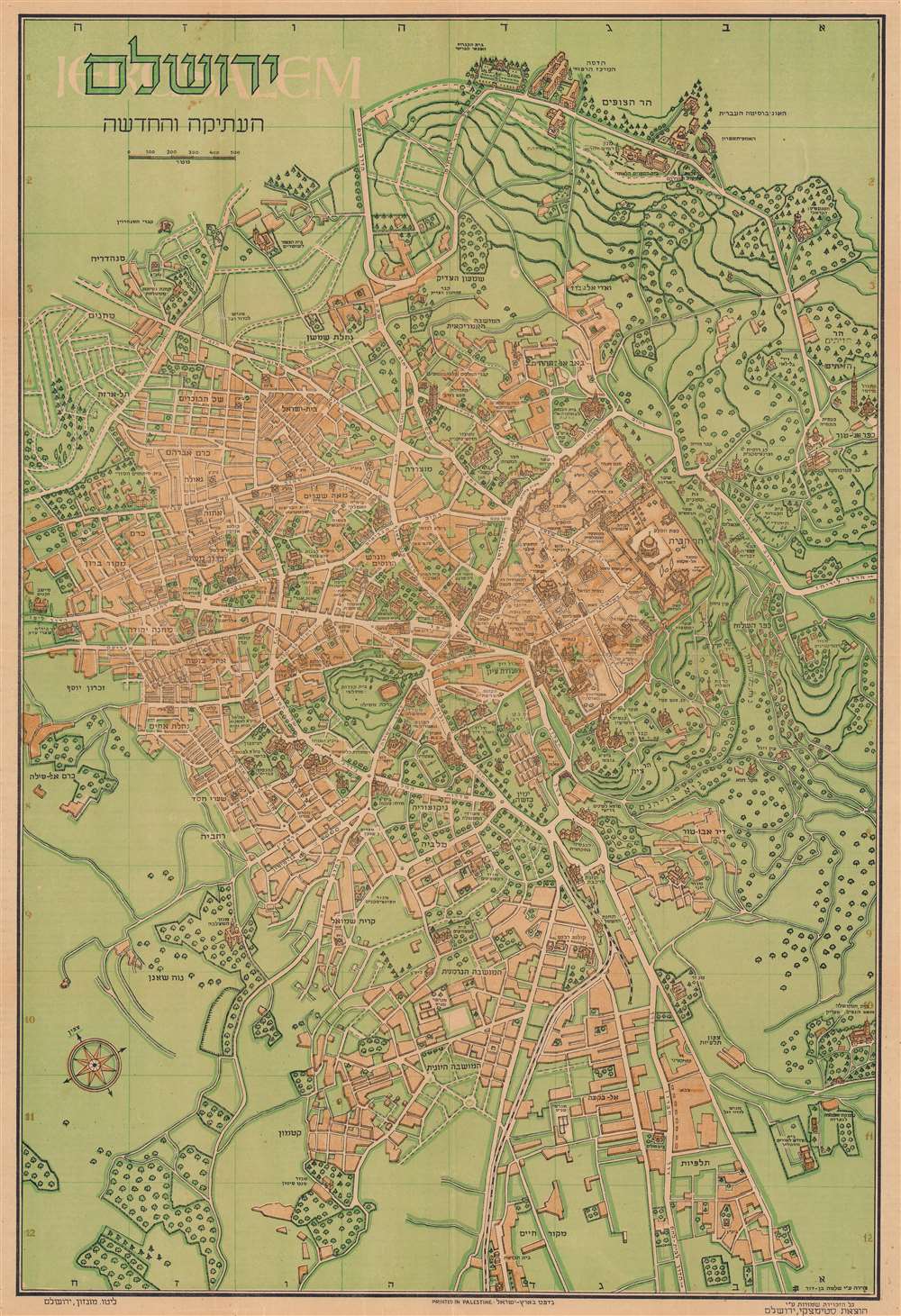 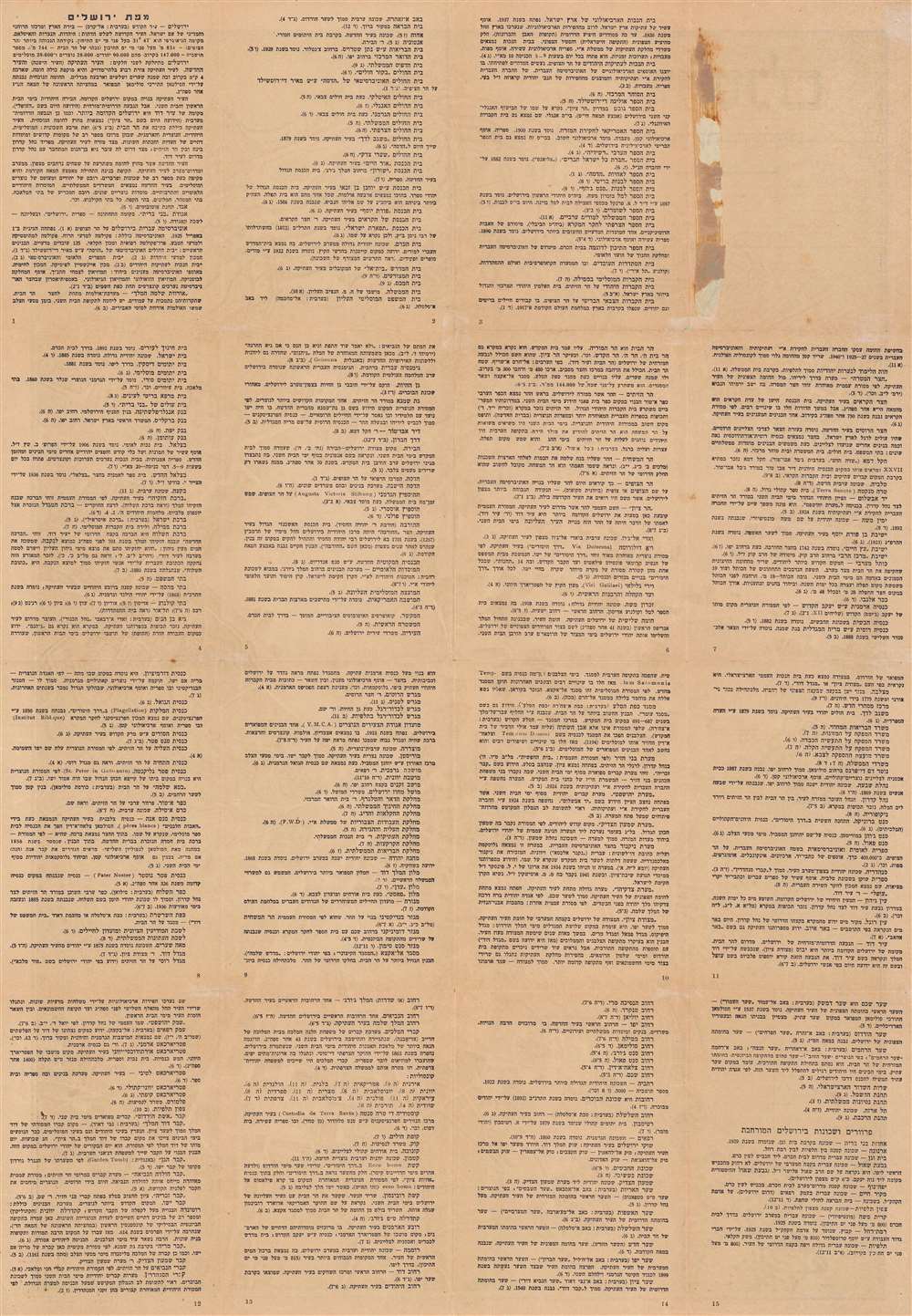 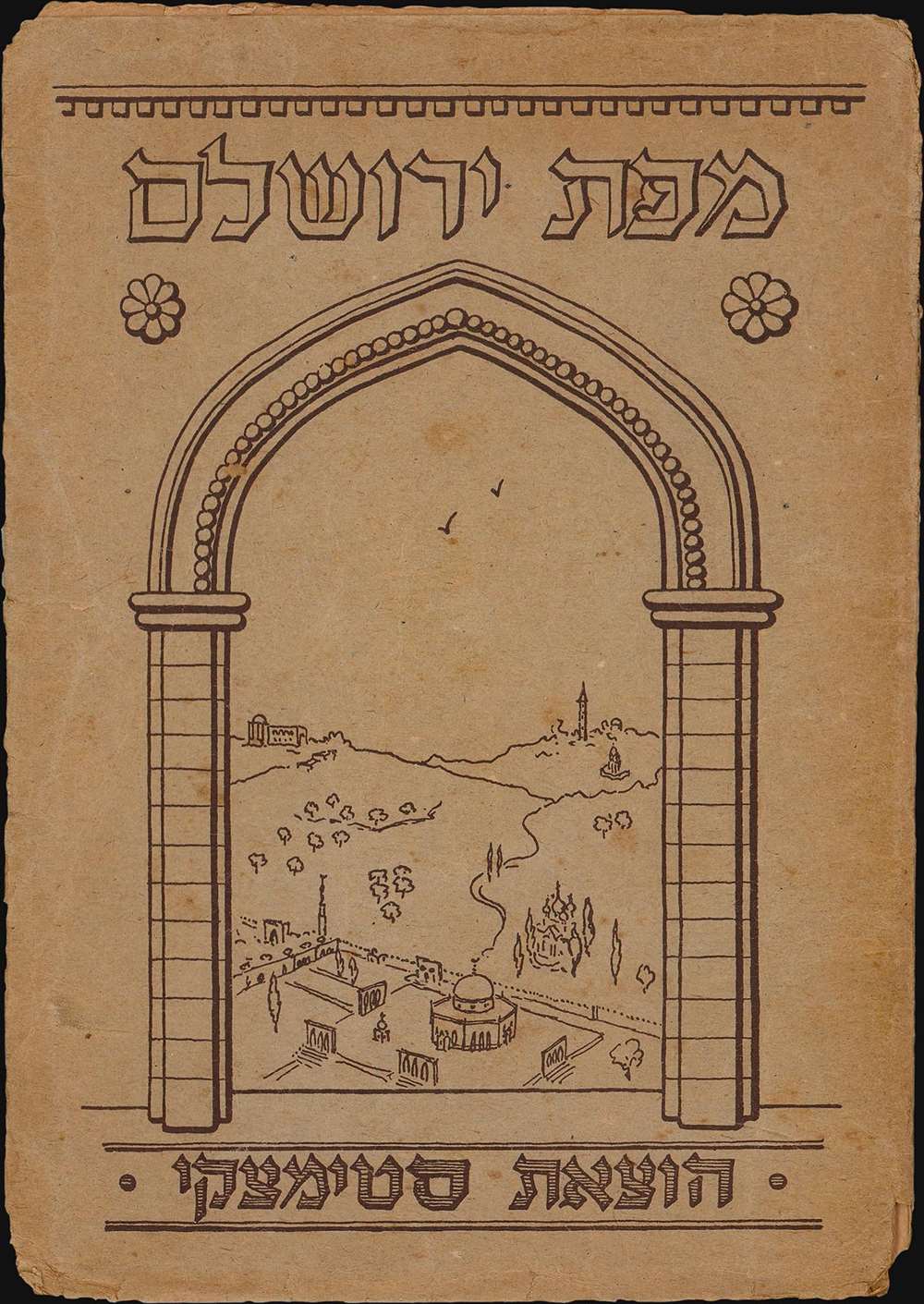 Illustrates the Old City and the Temple Mount in detail.
$600.00

This is a 1942 Steimatzky pictorial map of Jerusalem in Hebrew. The map depicts the city from Karem es Sila to El Tur and the Mount of Olives and from the Hadassa Medical Center, the Hebrew University and Mt. Scopus to Meqor Hayim. Illustrating numerous buildings in profile, the Old City and the Temple Mount act as the focal point. Surrounded by walls, several buildings within the Old City, such as the Holy Sepulcre, St. Anne's, the Supreme Muslim Council, and several gates are labeled. On the Temple Mount, the Dome of the Rock and the Al Aksa Mosque are illustrated. Some of the locations illustrated outside the Old City include the Citadel, the Church of Dormition, the Tomb of the Virgin, the Tombs of the Kings, and several monasteries and convents. Neighborhoods throughout the city are labeled, along with streets and the railway which enters the city near the bottom of the map.

This map was drawn by Shlomo Ben David and published by Steimatzky in 1942. Two editions of this map were published in 1942. One was in English and the other in Hebrew.