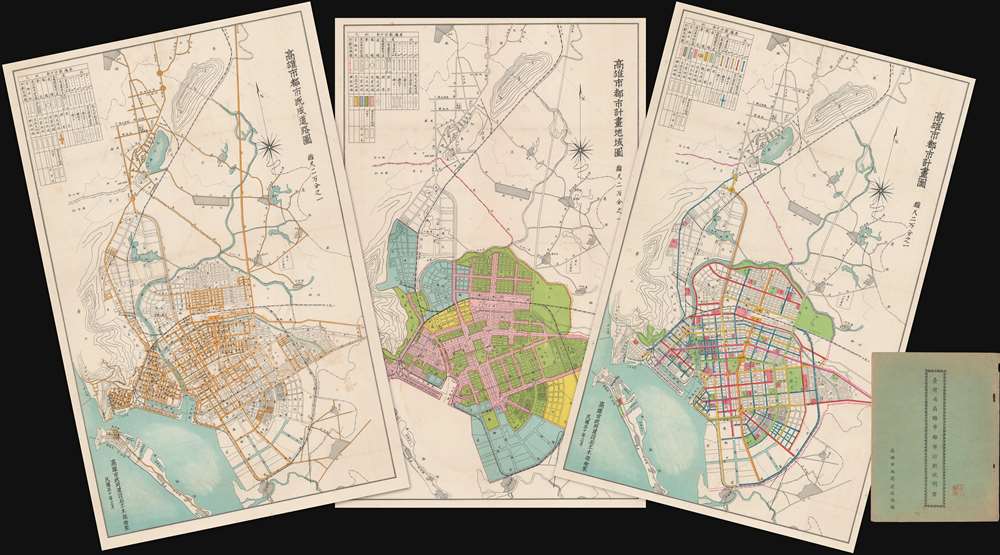 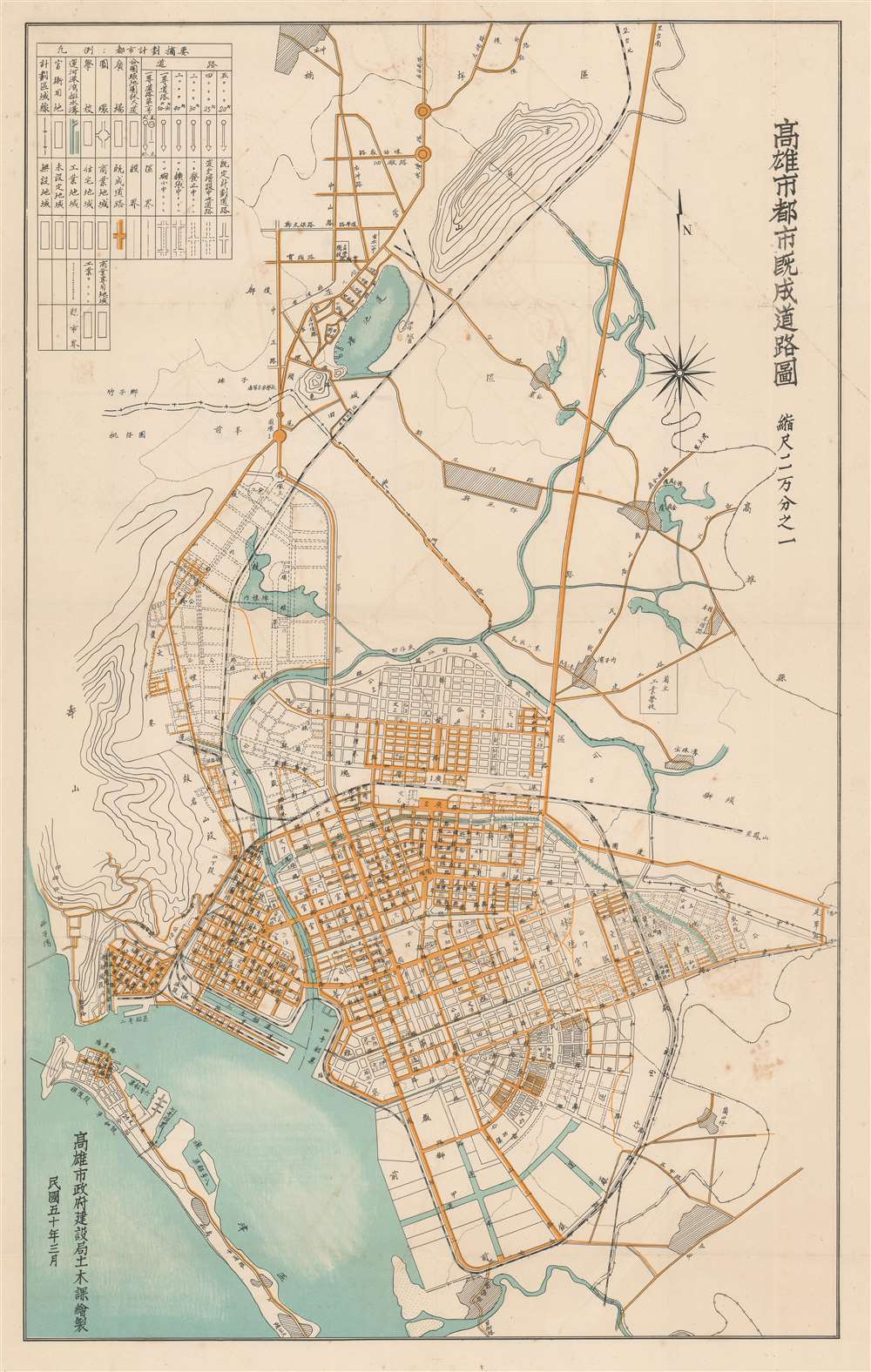 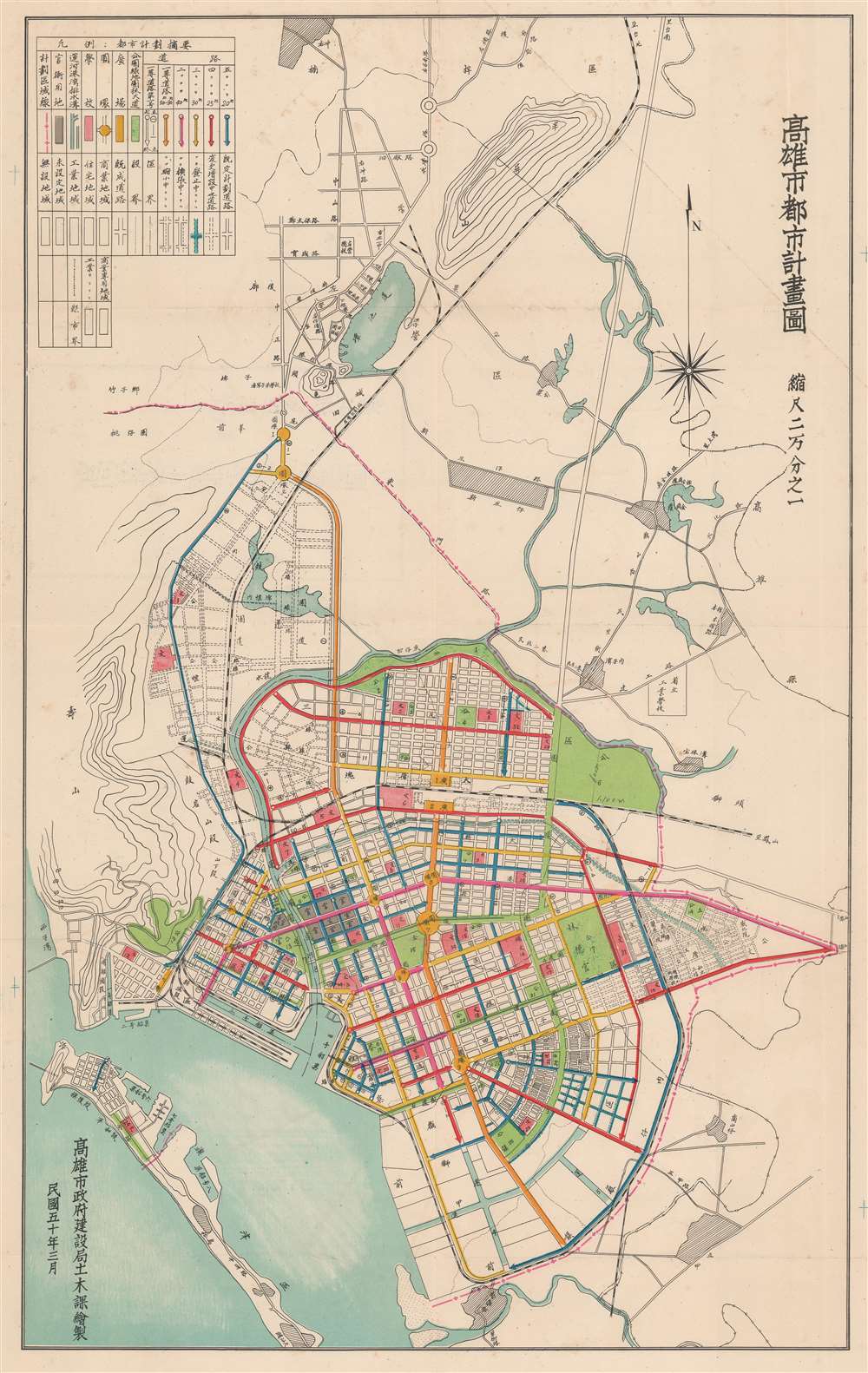 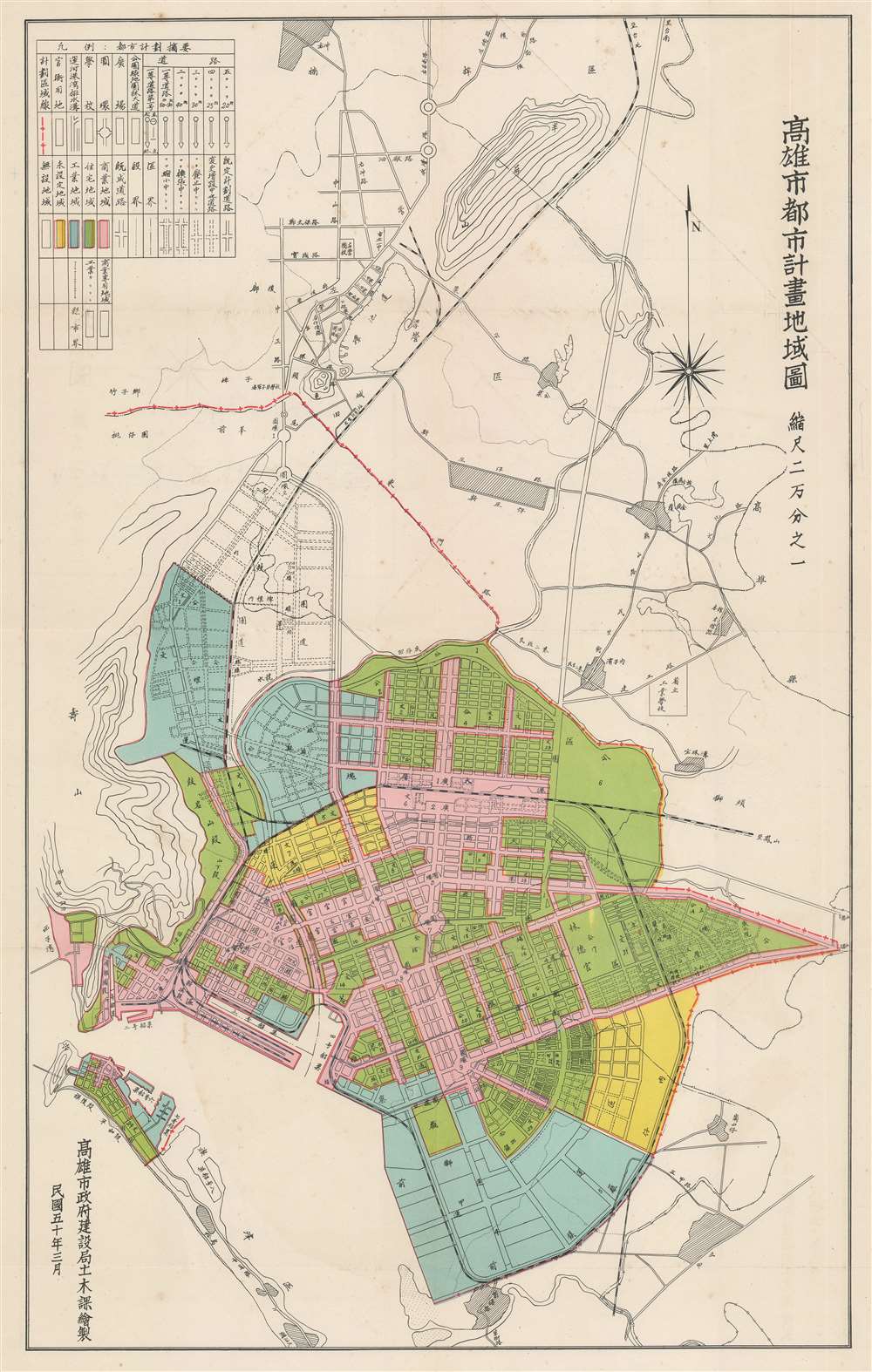 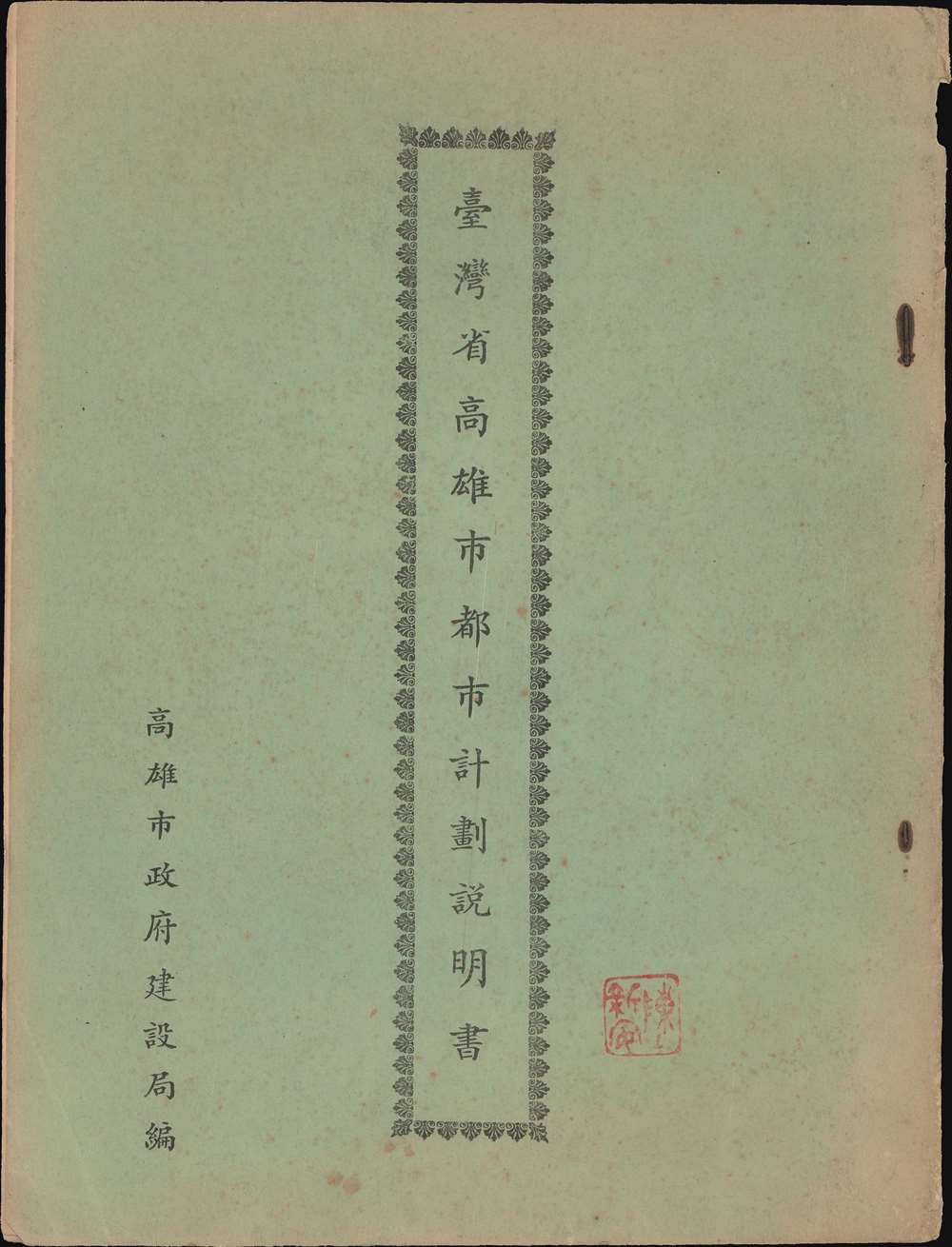 This is a rare collection of three 1961 or Minguo 50 official urban planning maps of Kaohsiung City (高雄市[I]), Takau, Taiwan. The maps are part of a city-wide urban development project intended to turn Kaohsiung into a major port. The plan was originally proposed in 1937 (Showa 12) under the Japanese, but was sidelined during World War II. The plans were revived by the KMT and put into development in the 1960s. Since that time, Kaohsiung has grown from a small trading village into the political and economic center of southern Taiwan. It is also Taiwan's largest and busiest harbor.

The first map is entitled Map of Existing Roads in Kaohsiung City (高雄市都市既成道路圖), depicts, as the title suggests, the city in its 1961 state, without any of the intended expansions and improvements. Major roadways are highlighted in yellow.

The maps are accompanied by a booklet, Kaohsiung City Planning Manual, Taiwan Province (臺灣省高雄市都市計劃說明書). It was issued by the Construction Bureau of the Kaohsiung City Government. We are aware of no other surviving examples in institutional collections, but some likely exist in Taiwan collections that are not part of the OCLC.

Very good. Some wear on old fold lines.
Looking for a high-resolution scan of this?