1834 Burr Map of Kentucky and Tennessee 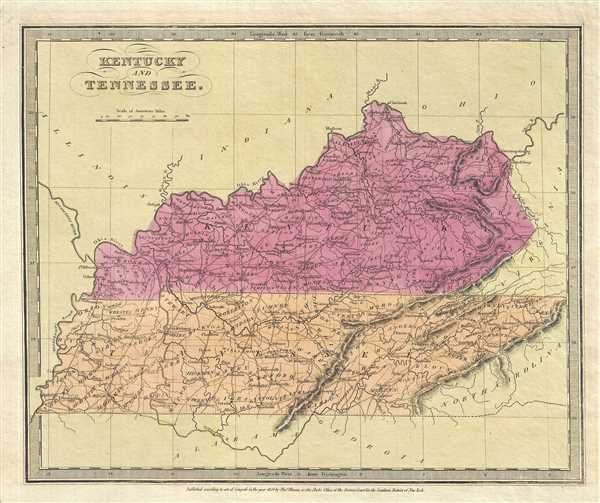 1834 Burr Map of Kentucky and Tennessee

This is an 1834 first edition map of Kentucky and Tennessee issued by David. H. Burr. It depicts the two states in detail noting rivers, cities, towns, roads and elevation rendered in profile.