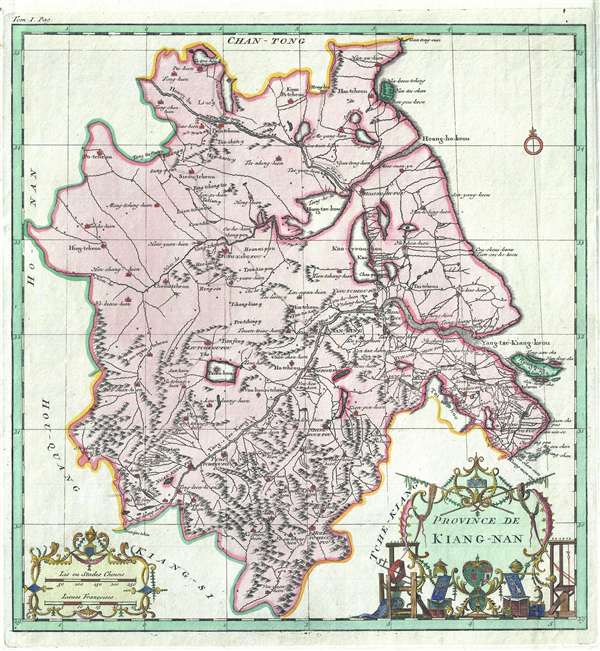 A rare and important 1737 map of Kiang-Nan Province, China, by the prominent French cartographer Jean Baptiste Bourguignon d'Anville. Centered loosely on Nanjing, the map roughly covers the modern-day Jiangsu Province and Shanghai Municipality. Shanghai is identified as 'Chang-Hai-Hien.' Throughout the map is quite detailed, being perhaps the first western map to focus on this area with any scientific precision. The map is derived from 1708 – 1721 surveys completed jointly by the Chinese government and Jesuit missionaries at the order of the Kangxi Emperor. The present example is beautifully produced with bright color and elaborate gold foiling on the cartouche-work. Although it is hard to know with certainly, based upon the color work, this is most likely from the Den Haag (The Hague) edition of D'Anville's atlas published by Henri Scheurleer, 1737.