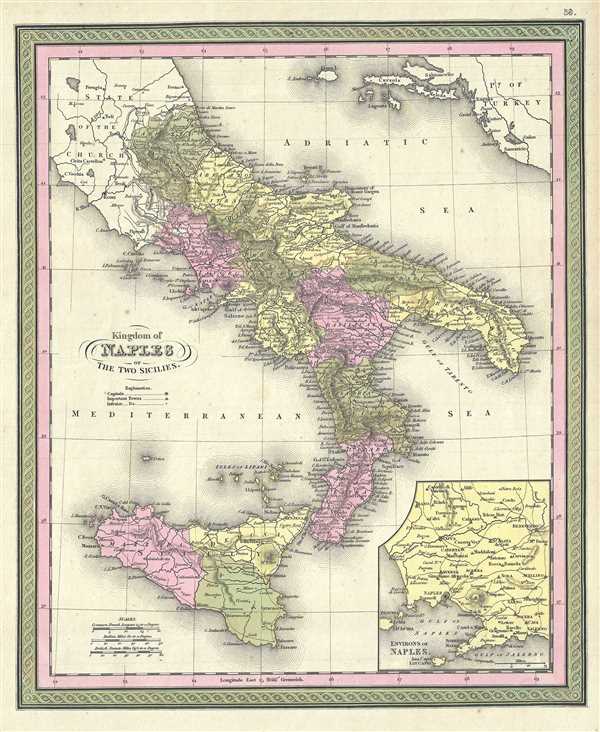 Southern Italy during the struggle for unification.
$150.00

This is a lovely 1849 map of the Kingdom of Naples of the Two Sicilies by S. A. Mitchell. Covers the southern parts of modern Italy from Rome to Sicily. An inset detailing the environs of Naples is included in the lower right quadrant. Political and topographical features are noted and color coded with elevation rendered by hachure.