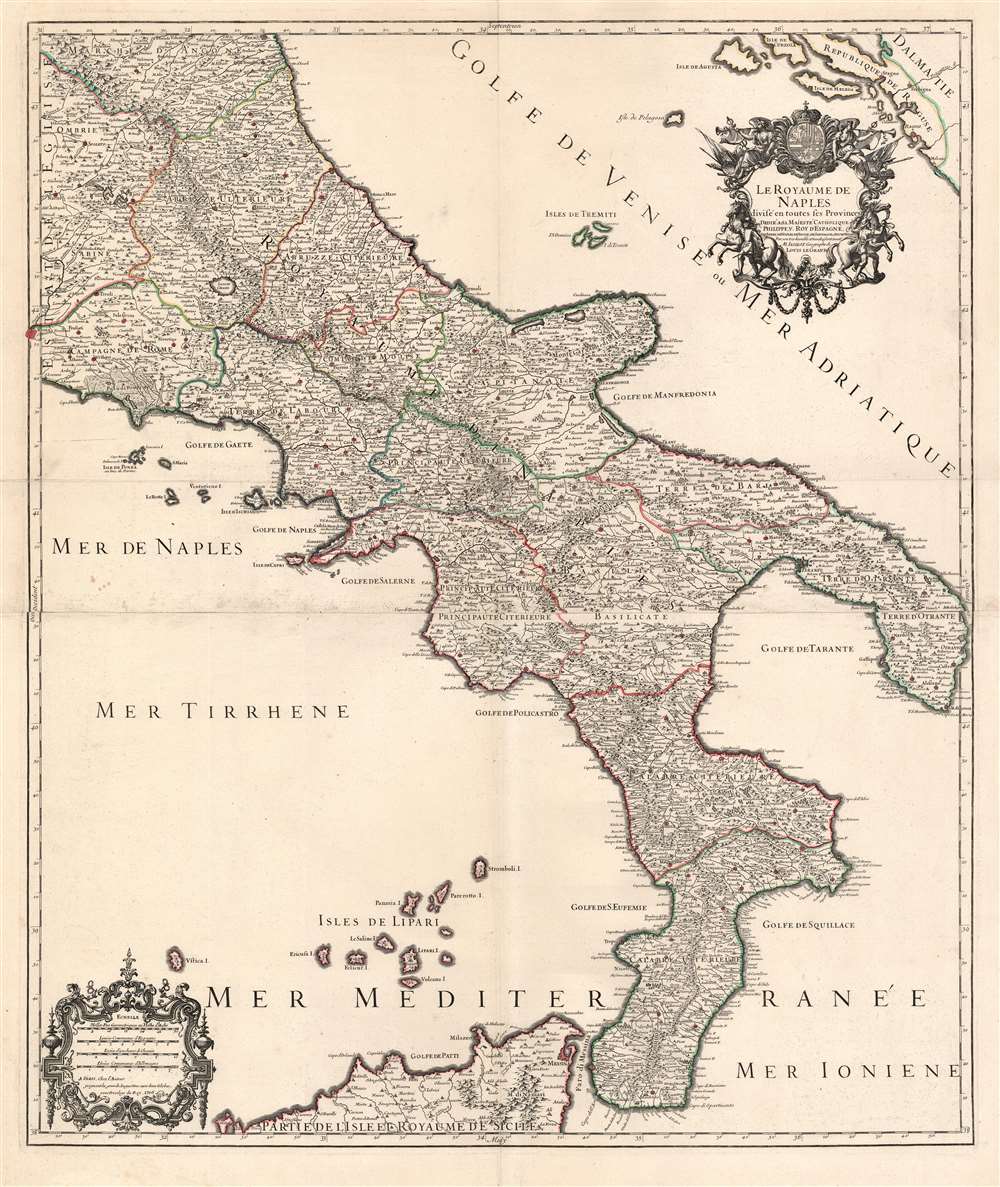 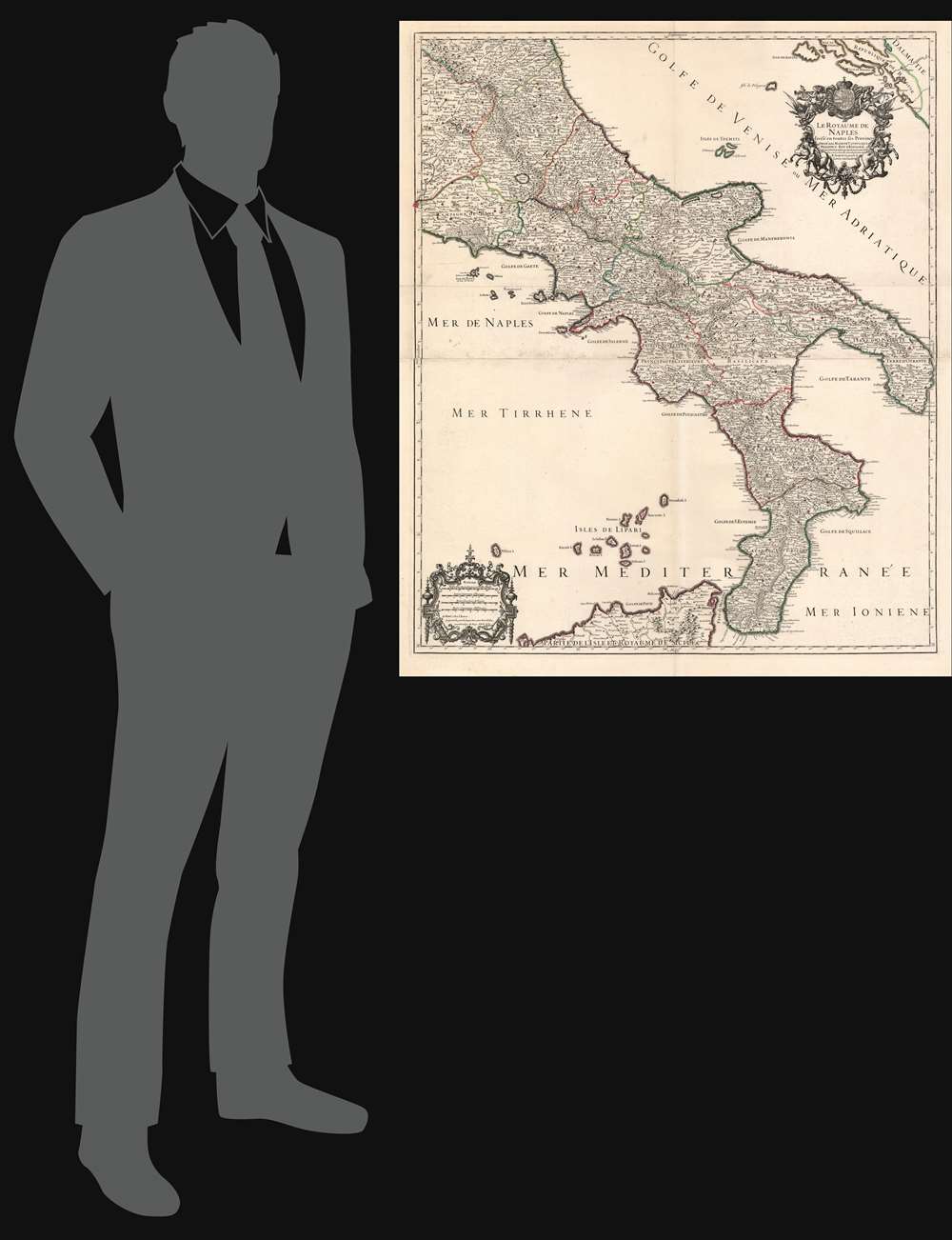 This is Hubert Jaillot's magnificent 1703/06 map of the Kingdom of Naples. Jaillot, along with the rest of the mapmaking establishment, appears to be largely following the model set by Magini nearly a century before; his depiction of the islands of Tremiti suggest that his direct source - as with many of Jaillot's maps - was an Italy map produced by Nicolas Sanson. The present map, however, is engraved on a larger scale, and has superior detail to any Sanson we have handled. Moreover, Jaillot's map improves on nearly all of its predecessors by the correction of the Gulf of Taranto - here lacking the spurious island of 'M. Sardo' appearing on virtually every map based on the Magini.

The geographical detail and lettering is sharply and clearly executed. Mountains, forests and marshlands are shown pictorially; the respective sizes of towns and cities are clearly indicated with their symbols. Other features, notably salt pans (salines) are also clearly pictured. But it is on the cartouches that Jaillot flourishes, utilizing his artistic background as a sculptor. The title and dedicatory cartouche is framed with a sumptuous border. It is surmounted with the dedicatee's arms (Philip V of Spain, and IV of Naples) which is flanked by two trumpet-blowing avatars of fame, shown in conjunction with spears, shields and arrows emphasizing military prowess. The bottom of the cartouche is embellished with two fiercely-rearing horses, held in rein by footmen. At the bottom left, the cartouche of scales is enclosed in a frame of vines.

The northern sheet of this map was engraved by Jaillot in 1703 (unjoined examples bear this date in the lower margin of the upper sheet). The lower portion, bearing the date in the scale cartouche, was completed in 1706. Both maps were added to Jaillot's Atlas François, which despite its 1695 dating typically contains numerous maps added later. The map would be re-printed by Covens and Mortier several times in the mid 18th century, and again by Dezauche in 1785. The Jaillot edition of the map is catalogued - both in its separate sheets, and joined - in only eight institutional collections.