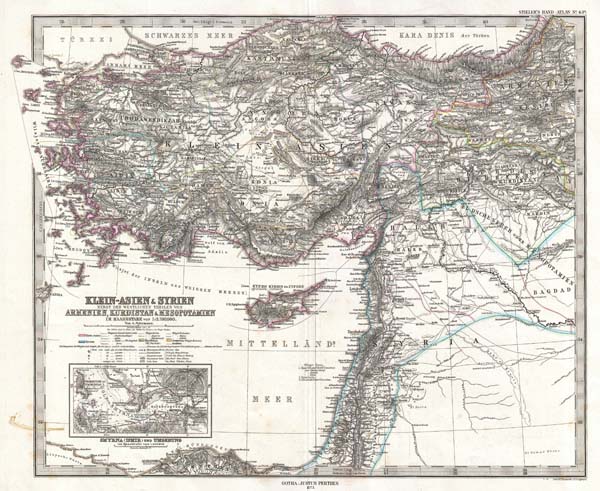 This is a beautiful example of Stieler's 1873 map of the modern day Turkey, Syria, Israel / Palestine and Cyprus. Highly detailed with both political and physical data. Shows cities, mountains, roads, rivers and local divisions. An inset in the lower left quadrant features the vicinity of Smyrna (modern Ismir), including depth sounding in the Gulf of Smyrna and harbor. Printed to a high production standard, as was typical of German and especially Perthes/Stieler maps of this period. Published by the Justus Perthes firm and engraved by F. Eulenstein and C. Jungmann for issue as plate no. 43 in the 1873 edition of Stieler's Hand-Atlas.