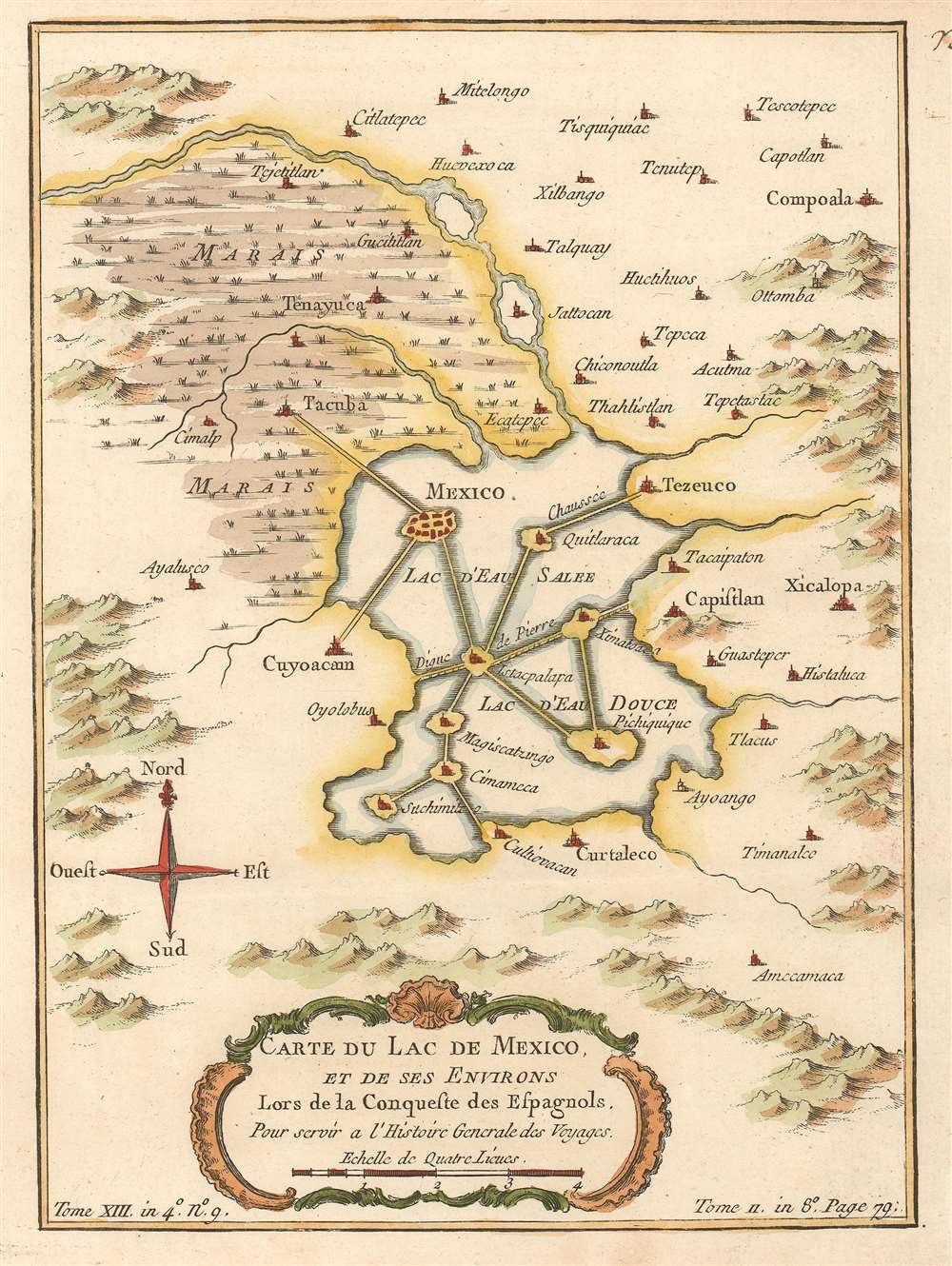 An 18th century French map of Mexico City as it appeared after the Spanish conquest of Tenochtitlán.

This is a 1757 Jacques-Nicolas Bellin map of Mexico City as it appeared shortly after the Spanish conquest of the Aztec capital Tenochtitlán. Situated on an islet in Lake Texcoco, Tenochtitlán grew through the creation of artificial islands connected by causeways, which also connected the city with the mainland. After the Spanish conquistadors captured the city, Spanish officials razed the city and rebuilt it in a Spanish manner, with the express desire of rebuilding the city as a way of exercising their power over the native Aztecs, and Cortés and his men used the materials from the destroyed temples to build cathedrals and government buildings. Here, numerous settlements throughout the region are labeled with a large swamp occupying the upper left quadrant.