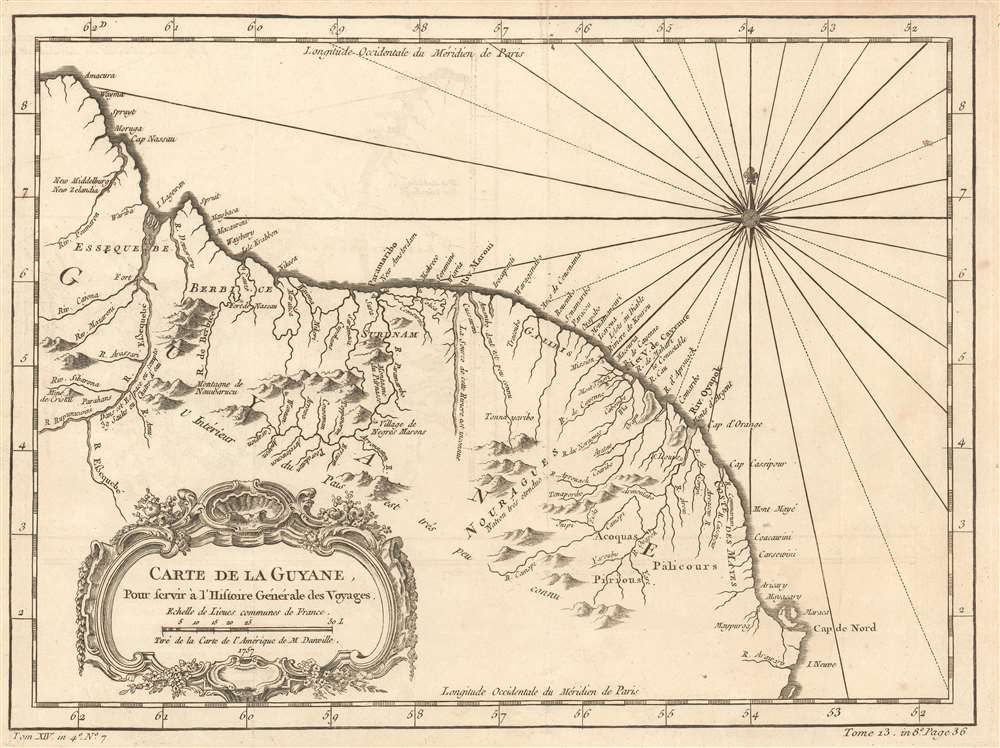 References native tribes while at the same time making it clear how little was known about the interior of the region.
$175.00

This is a 1757 Jacques-Nicolas Bellin map of northeastern South America. The map depicts the region from the Essequibo River in Guyana through Suriname and French Guiana to the Araguari River in Brazil. Myriad locations are labeled along the Atlantic coast, including Paramaribo, Suriname. The vast majority of these locations are rivers, while others are towns along the coast. Some native villages are also identified, but the nations of the native peoples are at least referenced. Notes about the region are also included, stating, for example, that 'the interior of this country is not well known', or that 'the source of this river is unknown'. A note next to the Essequibo River states that 'in this region there are 39 waterfalls'.