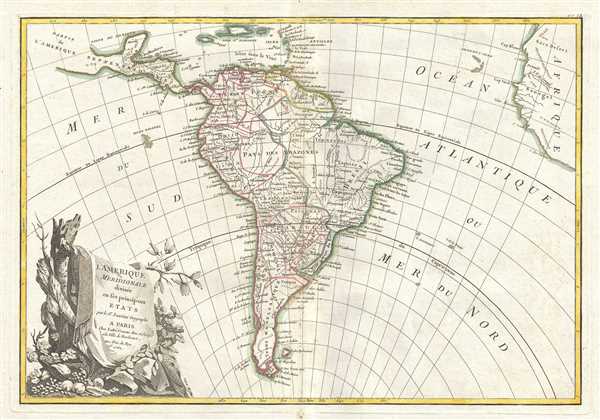 A large decorative title cartouche appears in the lower left quadrant. This map was drawn by J. Janvier and included as plate no. 33 in Jean Lattre's Atlas Moderne.