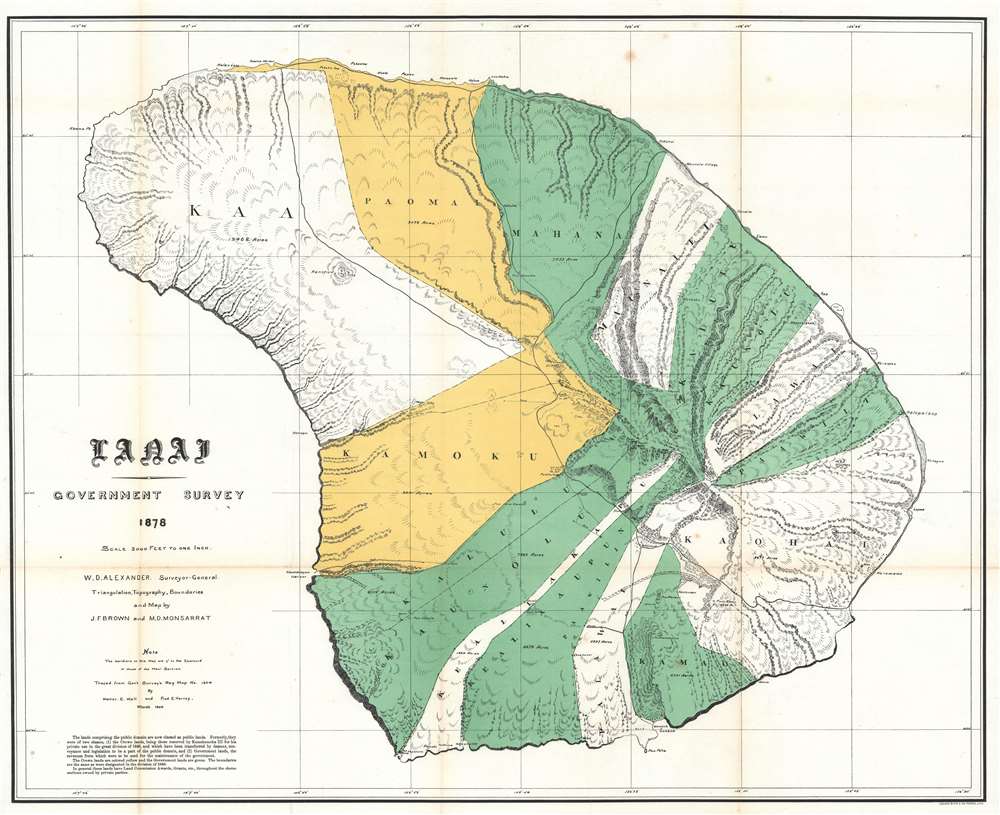 This is an exceptional 1878 map of the island of Lanai, in the Hawaiian Islands, prepared for the 1900 Report of the Governor of the Territory of Hawaii to the Secretary of the Interior. Although the cartographic work that produced this map was started in 1878, during the Hawaiian Monarchy, the map itself, and the report that contained it, was issued following the U.S. Government's 1898 annexation of the Hawaiian Republic. The Report was an attempt to assess and examine the newly created Hawaiian Territory's potential for Americanized administration and development. Consequently, the map focuses on Public Lands, Homestead Settlement Tracts, Grazing Lands, Pineapple Lands, Sugar Plantations, Forest Reserves, Forest Lands, Wet Lands, etc. It also features both practical and topographic details for use in administering the region. The governor at this time was George R. Carter.