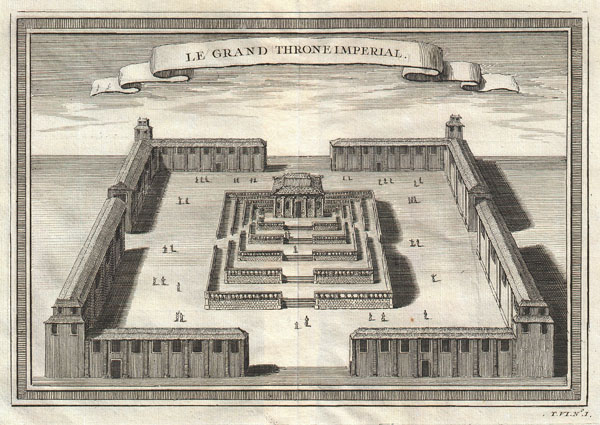 This is a rare 1756 view of the Grand Throne Room of the Imperial Forbidden City, Beijing China. The Grand Throne Imperial is beautifully rendered complete with tiny court functionaries scurrying about. Prepared by N. Bellin for issue in the 1757 edition of A. Provost's < i>L`Histoire Generale des Voyages.