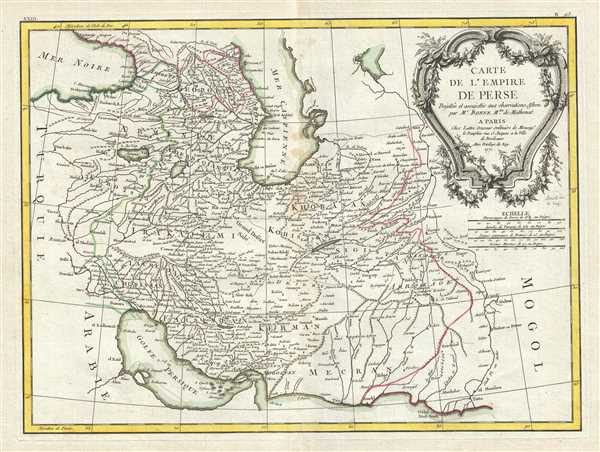 Persia at this time was itself experiencing the waning years of the short lived Zand Dynasty who ruled from the capital city of Isfahan - identified here. Within 50 years of this maps issue, in 1794, Aga Muhammad Khan would overthrow Loft Ali Khan, last Shah of the Zand Dynasty, and relocate the capital to the new city of Tehran. The subsequent era, the Qajar Dynasty, witnessed numerous military conflicts with the rising powers of Imperial Russia and the loss of much of Persia's territory.

A large decorative title cartouche bearing garlands appears in the upper right hand quadrant. A fine map of the region. Drawn by R. Bonne in 1771 for issue as plate no. B 25 in Jean Lattre's Atlas Moderne.