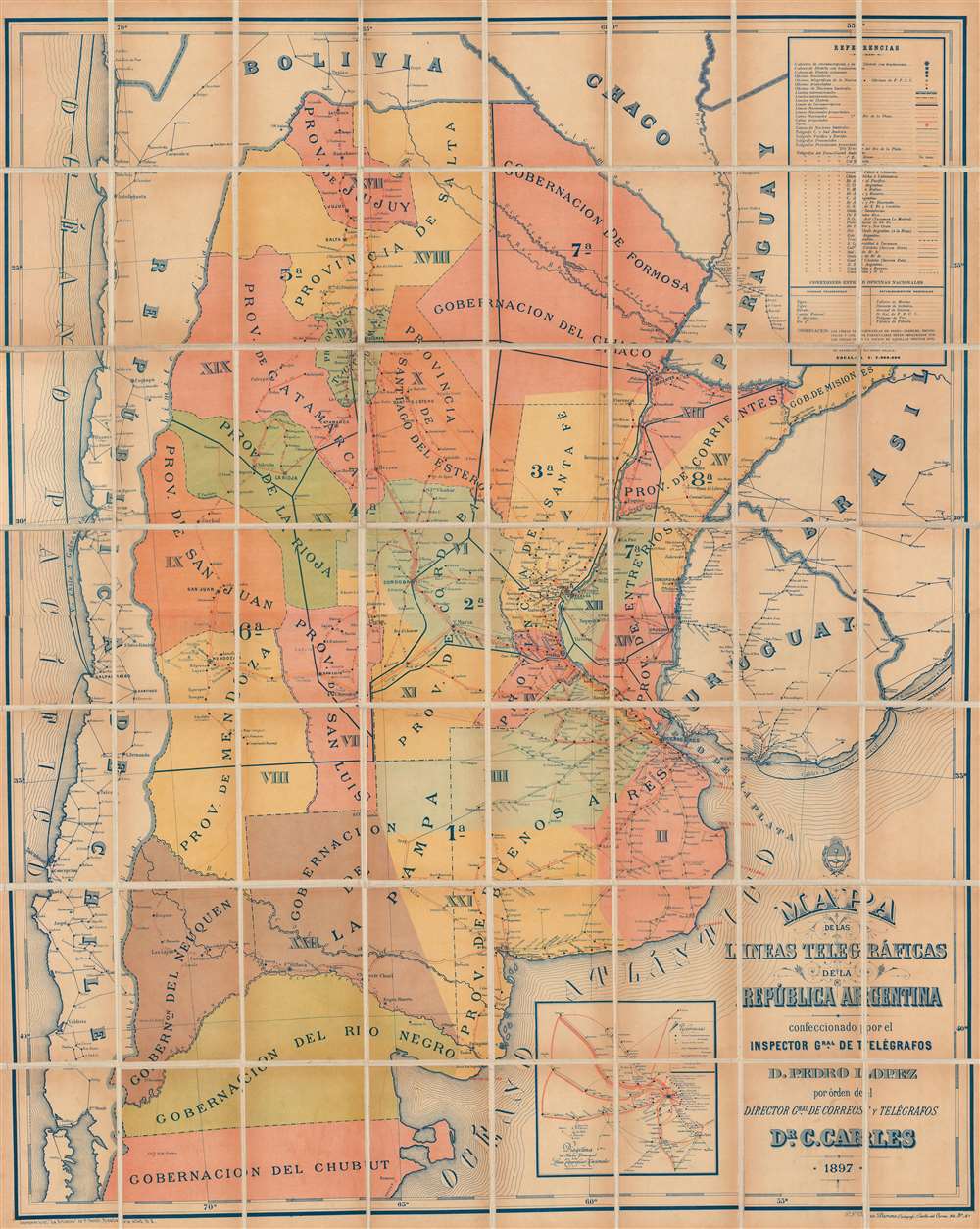 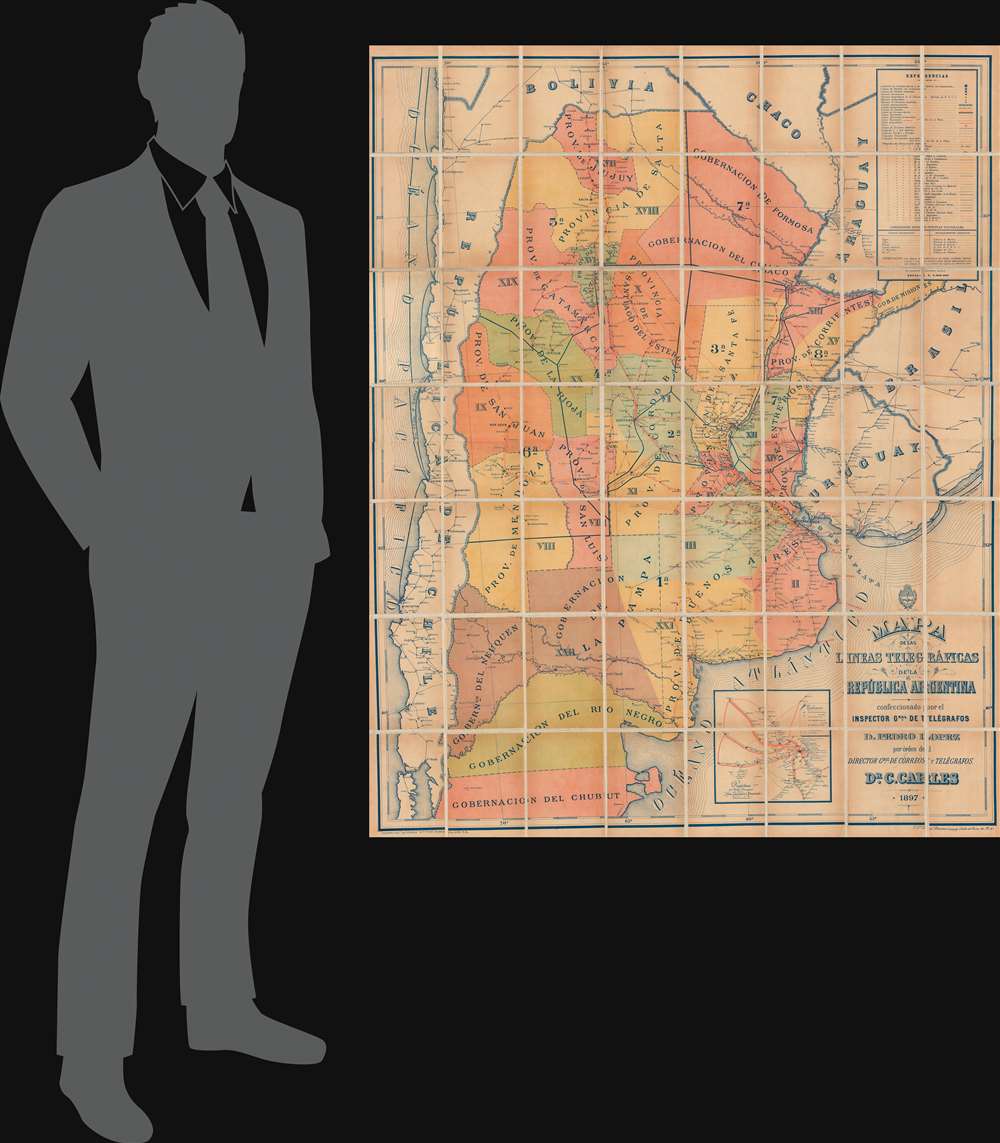 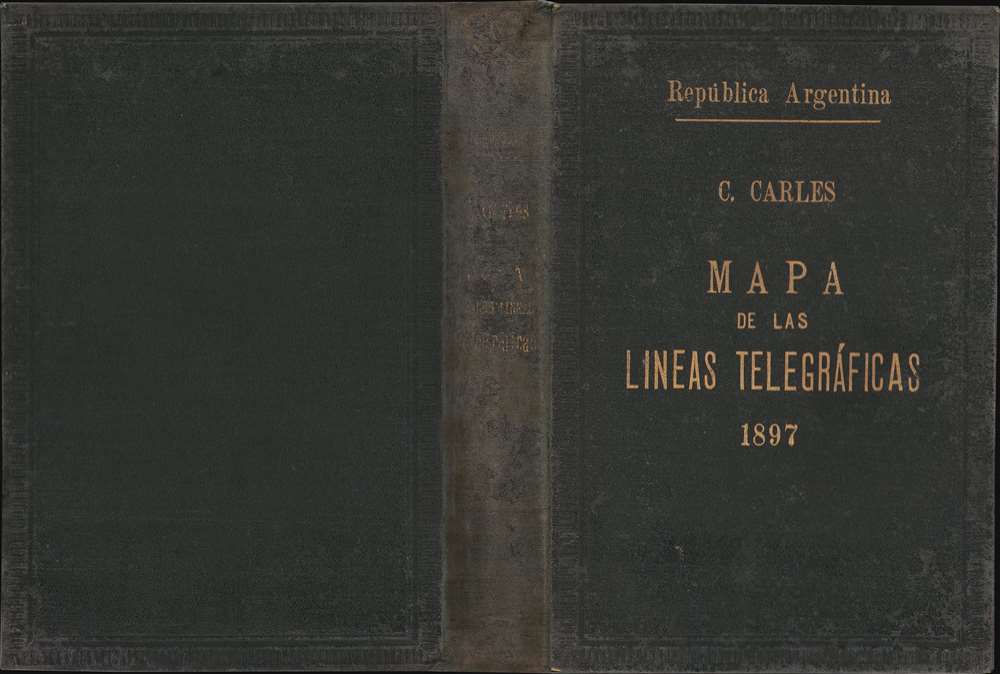 Telegraphs bringing the nation together.
$850.00

This is a striking 1897 P. F. Van Damme colored cyanotype map of Argentina's telegraph network. The map captures the complex array of national, provincial, and private systems that both competed with and worked in fitful harmony with one another. Although encumbered by political and business conflicts, the Argentine telegraph system proved essential in unifying and administering the country in the second half of the 19th century.

The Reality of the Network

While the network as mapped here appears impressive, it functioned in a much less streamlined fashion. Per John E. Hodge in his article 'The Role of the Telegraph in the Consolidation and Expansion of the Argentine Republic'

Well-intentioned cooperation among the various lines was not the same things as electrical unity. Messages crossing over different systems to reach their destinations had to be repeated by sending operators, even when they were linked by wire to the nearest office of the telegraphic concern from which the message came; often a telegram came in on one line, was taken down and sent by messenger to the office of another line to be tapped out anew to its destination or next exchange point. Lack of understanding on the part of the public compounded the problem. To the average customer one telegraph office was as good as any other, and he usually presented himself at the office most convenient for him, though he might have gone farther down the street to an office of another company which might have been able to send his message direct. This confusion was particularly common in Buenos Aires Province where there were so many alternatives.

Very good. Dissected and mounted on linen in fifty-six (56) panels.