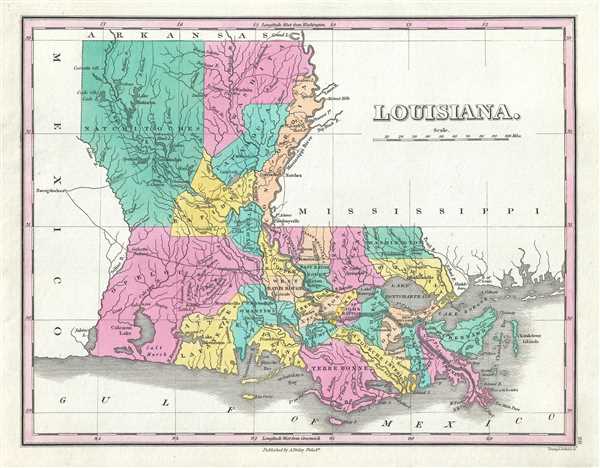 This is an 1828 Anthony Finley map of Louisiana. The map depicts the state from Mexico to Mississippi and from Arkansas to the Gulf of Mexico in Finley's classic minimalist style. Rivers, roads, canals, and some topographical features are illustrated. Numerous cities, towns, and townships are labeled throughout the map, including New Orleans and Baton Rouge. Counties are labeled and differentiated by color, allowing for easy recognition. This map also features an early county configuration in Louisiana. Various American Indian villages noted throughout the state but particularly in the western part. Southwest Pass, in the Mississippi River Delta, is mislabeled Northwest Pass. Natchitoches, Louisiana, and its sister city Narogdoches, Texas are both identified.