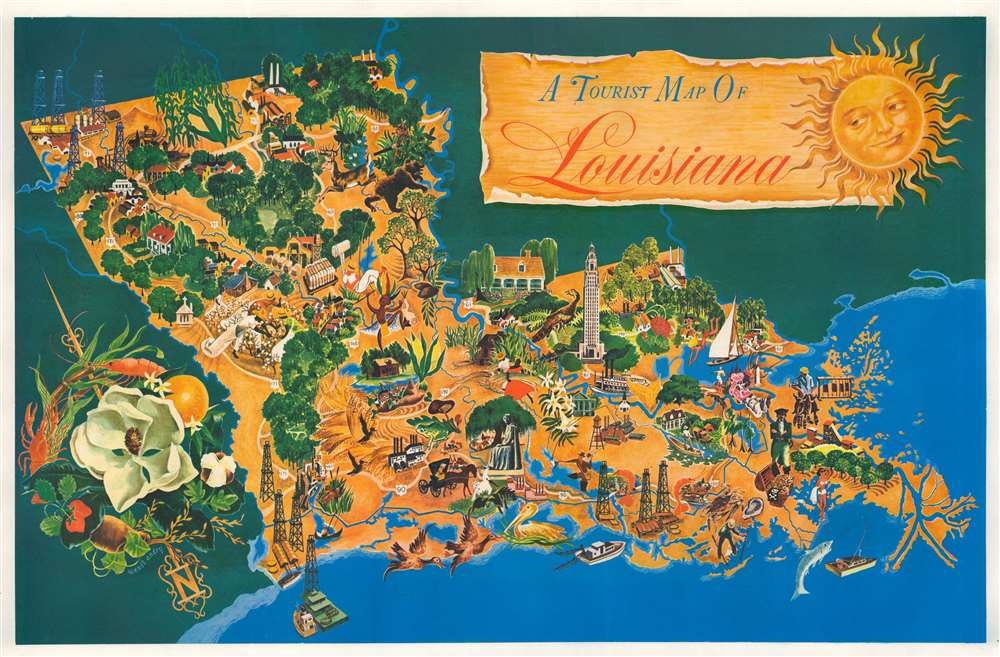 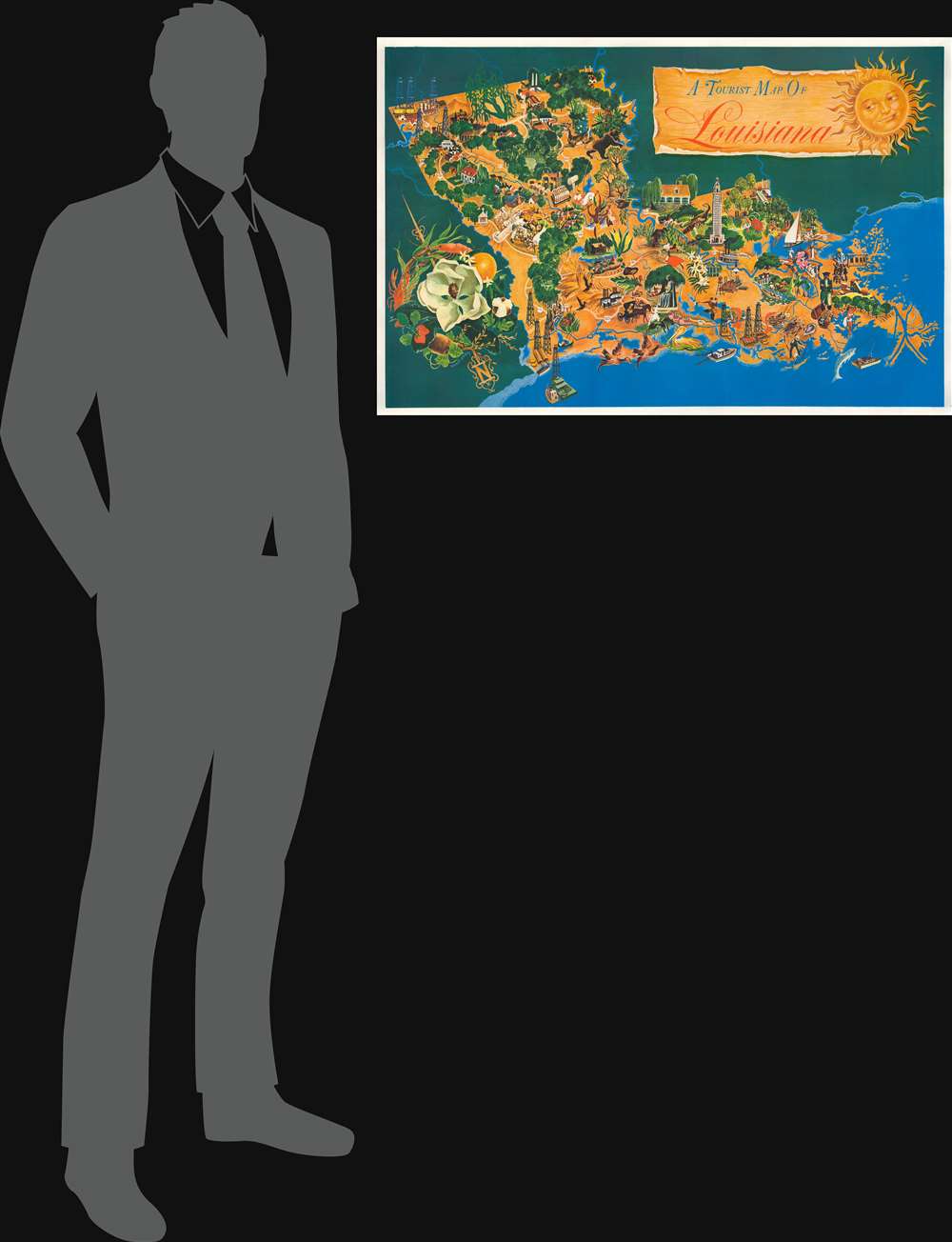 A fantastic pictorial map of Louisiana.
$850.00

This is a fantastic c. 1948 Margaret Wendt Andry pictorial tourist map of Louisiana. Wonderful illustrations present aspects of life in Louisiana, including the oil industry, its wide agricultural base that includes growing cotton and oranges, and recreational opportunities, including hunting and fishing. Prawns appear in several places, alongside a crab and an oyster. Waterfowl, including pelicans, egrets, and ducks, appear as well. The Louisiana State Capitol building in Baton Rouge is prominently illustrated. A large magnolia (the Louisiana state flower) decorates the compass that occupies the lower left corner and an orange, a prawn, and some cotton help make up this charming illustration.

This map was drawn by Margaret Wendt Andry and published c. 1948. We note only one example cataloged in OCLC which is part of the collection at Louisiana State University.