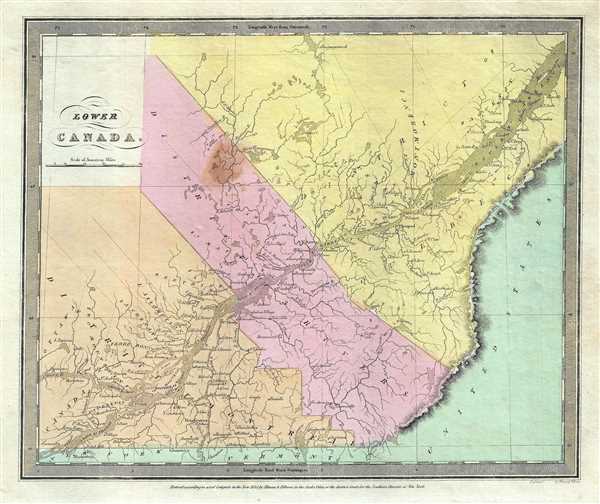 This is a good 1834 first edition example of David F. Burr’s map of Lower Canada. Centered on the St. Lawrence River, it covers part of Quebec or Lower Canada including the District of 3 Rivers (a primarily French administrative region in Quebec established in the 18th century) and District of Montreal. Throughout, various cities, rivers, mountain passes, and an assortment of additional topographical details are noted.