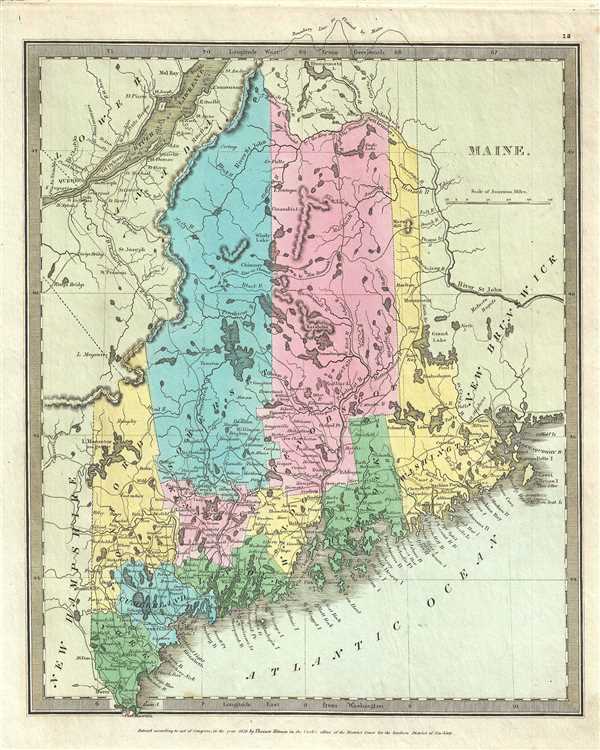 This is an appealing first edition map of Maine by David H. Burr issued in 1835. It covers the state of Maine in superb detail, noting towns, cities, bays, islands, rivers, inlets and a host of other topographical features, with elevation rendered by hachure. It shows the early county configuration. Offers color-coding at the county level. The 'Boundary line as claimed by Maine' and the 'Boundary as recommended by the King of the Netherlands' are all noted. The map also identifies the Madawasca and French Settlements.