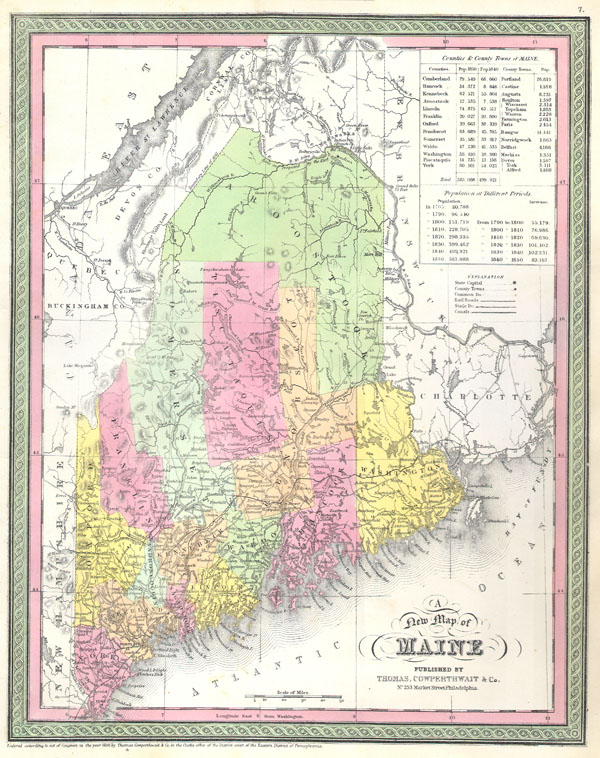 A rare map of the state of Maine produced by S. A. Mitchell Sr. in 1850. Depicts the state in full with superb detail regarding the cities, transportation system, geographical features and counties. Shows the border according to the treaty of 1842, but also indicated borders from 1783 and another line representing disputed territory. A table in the upper right quadrant features the population counts for various counties and during various period from 1763 to 1850. Calligraphic title in the lower right quadrant. Prepared by Thomas Cowperthwait & Co. as plate no. 7 for inclusion in the 1850 issue of Mitchell's New General Atlas. Dated and copyrighted 'Entered according to act of Congress in the year 1850 by Thomas Cowperthwait & Co in the Clerk's office of the District court of the Eastern District of Pennsylvania.'

Fine or perfect condition. No flaws.