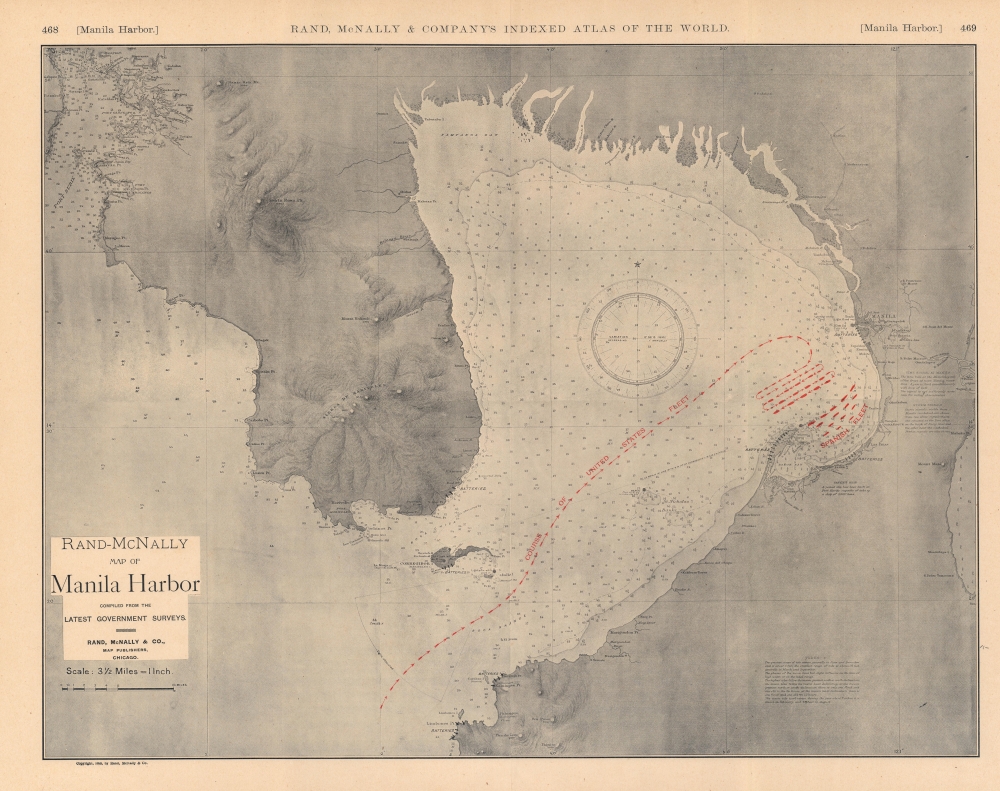 Depicts the maneuvers of the American Asiatic Squadron and the Spanish Pacific Squadron!
$225.00

This is surprisingly unocmmon 1898 Rand McNally map of Manila Harbor in the Philippines. The map depicts Manila Bay from its approaches in the South China Sea to Manila and the Pasig River and from Pampanga Bay to Limbones Point. By illustrating the naval battle between the American Asiatic Squadron and the Spanish Pacific Squadron in Manila Bay, Rand-McNally reinforces the belief in American dominance in the Pacific. The American Squadron, led by Commodore George Dewey, destroyed the Spanish squadron in what has become one of the most decisive naval battles in history. The course of the 'United States Fleet' is illustrated in red, along with the position of the 'Spanish Fleet'. Depicted here are the Spanish batteries at Manila, Bakor, Canacao, Kalumpan Point, and Limbones Point, and others, all of which could bombard enemy forces in the bay. Several locations around the bay are labeled, including Manila and Corregidor Island, which would play a critical role during World War II. Myriad depth soundings are provided, along with a compass with numerous headings. Notes on tides and storm and time signals also are included.

This map was published by Rand, McNally and Company in the 1898 edition of their Indexed Atlas of the World.