1874 Tardieu Map of the World in Hemispheres 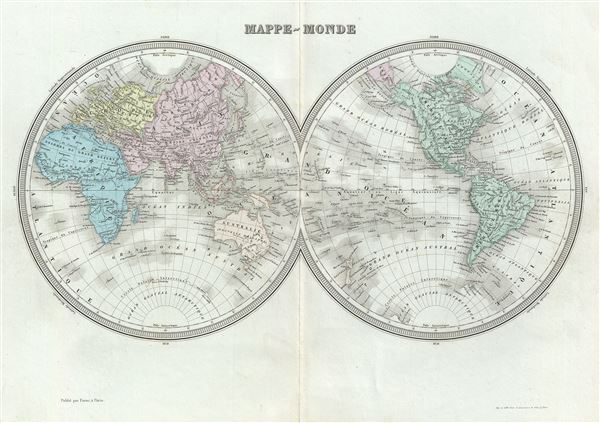 1874 Tardieu Map of the World in Hemispheres

This is a beautiful 1874 map of the World in hemispheres by Ambroise Tardieu. It offers a fascinating snapshot of the world during a period of rapid globalization and discovery. The Antarctic continent is shown only sketchily, representing the relatively primitive state of Antarctic exploration in 1874. Continents are color coded with countries named, but boundaries not depicted. This map was prepared by Ambroise Tardieu and issued as plate 8 in his 1874 edition of Atlas Universel de Geographie Ancienne et Moderne.