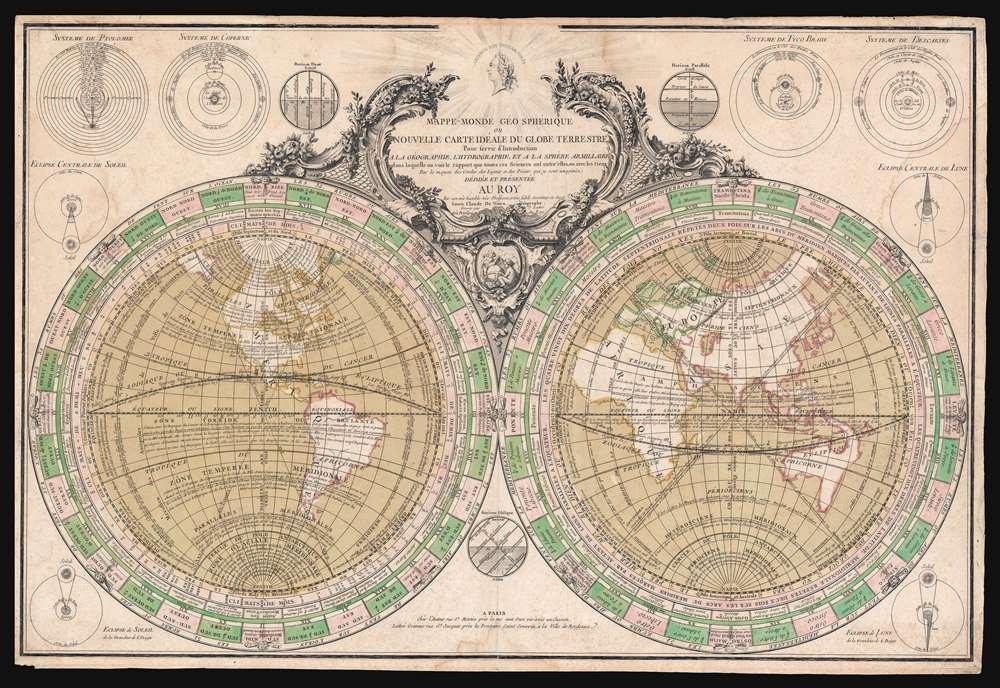 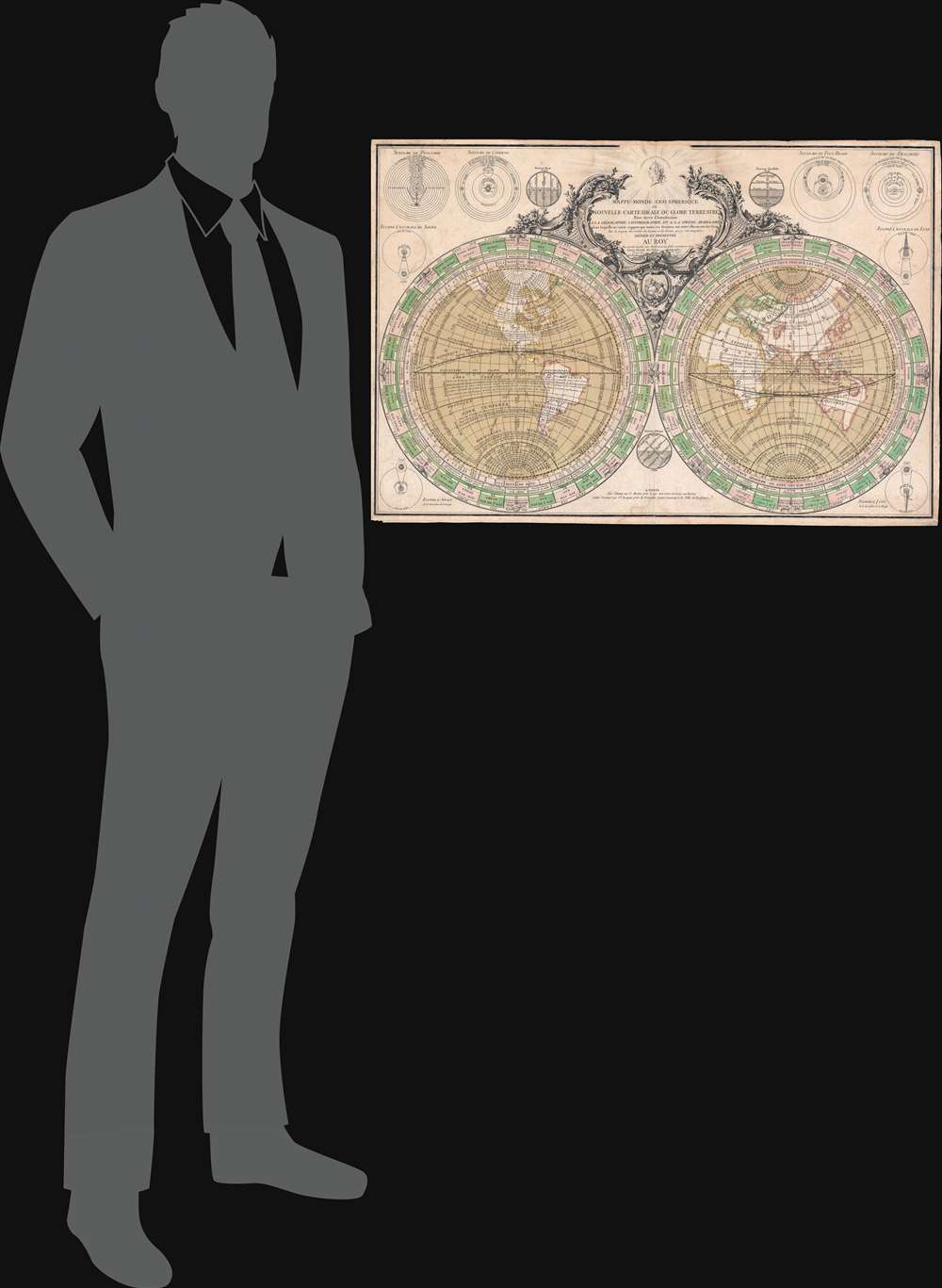 This is a rare separate issue c. 1760 Louis Claude de Vézoue (Vezou) and Jean Lattré map of the world in hemispheres. This striking map combines the principles of geography with 18th century popular astronomical sciences and was intended as a pedagogical introduction to both. An informationally dense piece, it is replete with data and annotations explaining winds, currents, weather patterns, astronomy, and geography. Diagrams illustrating the four theories on the universe, solar and lunar eclipses, and the horizons surround the central map. Surmounting the map is an effigy of French King Louis XV, to whom the map is dedicated.

The map is geographically curious. It postdates the voyages of Vitus Bering (1681 - 1741) but predates the major navigations of James Cook (1728 - 1779) and so offers an accurate Siberia, but speculative illustration of the American west, including a bold River of the West. Although the Great Lakes are engraved with a semblance of accuracy, the colorist, clearly unfamiliar with North American geography, created a vast inland sea south of Hudson Bay occupying most of modern-day Ontario and Quebec. On the opposite side of the world, the mainland of Australia is connected to New Guinea - a common error of the period.

This map was engraved and published by Jean Lattré in partnership with Louis Claude de Vézoue. The map first appeared in 1753 as a separate issue wall map, measuring some 45 inches wide, containing an extensive textual surround nearly doubling the size of the map sheet. The plate was revised c. 1760 for the present smaller format edition and the surrounding text removed and partially replaced with astronomical diagrams. As a separate issue, the map is rare, but can sometimes be found tipped into composite atlases and large format Lattré atlases.

Louis Claude de Vézoue (17?? - 1782), sometimes spelled Vezou, was a French mathematician, mapmaker, genealogist, engineer, historiographer, and astronomer active in Paris during the middle and late 18th century. In 1853 he issued an important educational wall map of the world in partnership with Jean Lattré, this was reissued c. 1760. In 1773, as historiographer to the king, he completed a detailed genealogical chart of the Kings of France. Learn More...