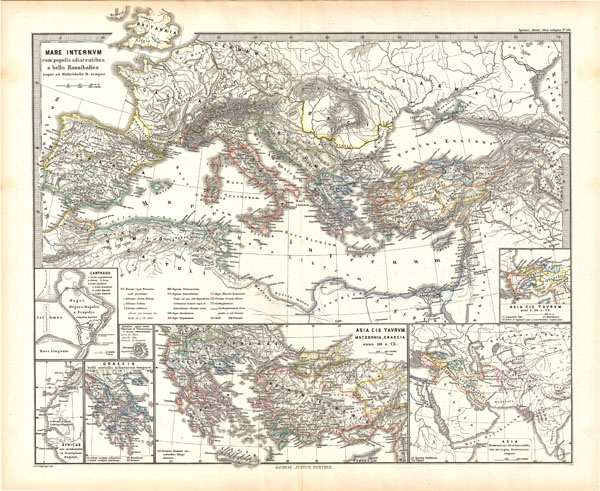 This is Karl von Spruner's 1865 map, The Mediterranean with Adjacent Peoples from Hannibal's War to the Time of Mithridates the Great. Showing the modern day countries of Spain, France, Italy, Switzerland, Greece, the Balkans, Turkey, and northern Africa, the map also includes eight detailed inserts. Inserts include (clockwise): Carthago, Western Africa, Greece, Thera (or Santorini) Island, and three inserts showing detailed depictions of Asia. All territories and countries are outlined in color, and a map key is found on the left quadrant. The whole is rendered in finely engraved detail exhibiting throughout the fine craftsmanship of the Perthes firm.