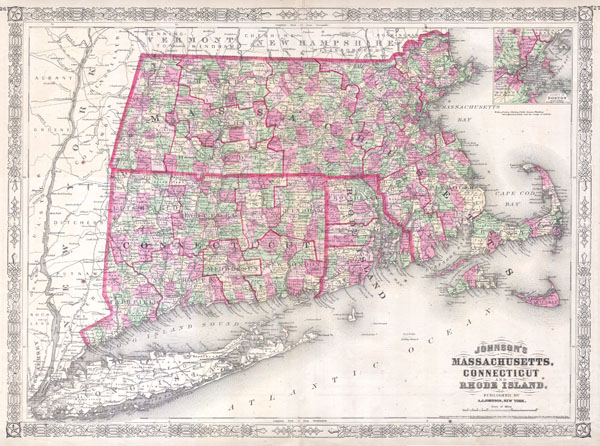 This is a beautifully hand colored 1864 lithograph map of Massachusetts, Connecticut, Rhode Island and Long Island. There is an inset plan of Boston & Vicinity. This important map appeared shortly after the close of the American Civil war. Map is dated and copyrighted 'According to Act of Congress in the Year 1864 by A. J. Johnson in the Clerks Office of the District Court of the United States for the Southern District of New York.'

Fine or perfect condition.. Text on Verso.
Looking for a high-resolution scan of this?