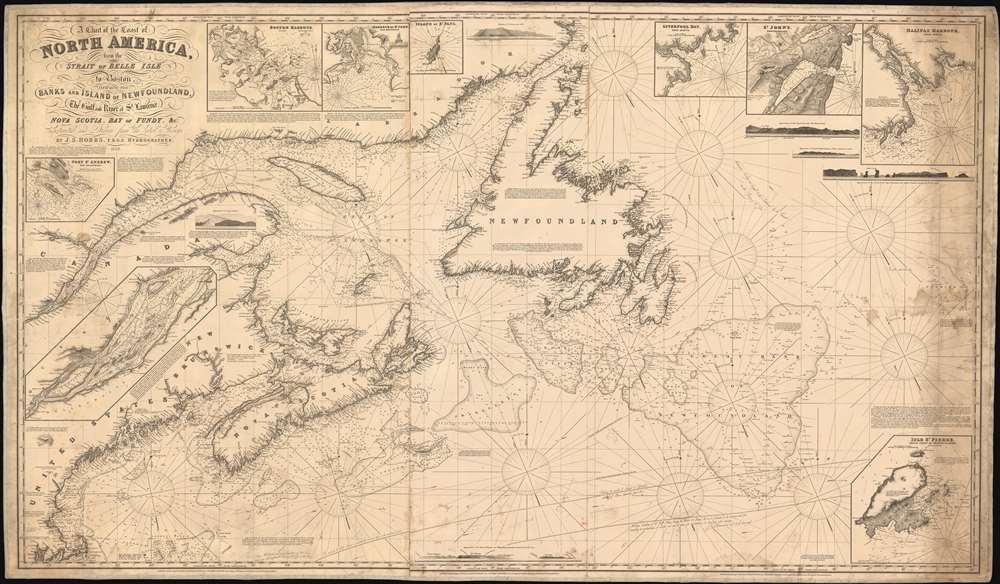 A scarce 1848 John Stratton Hobbs British blueback nautical chart or maritime map of the Canadian Maritime Provinces and the Gulf of St. Lawrence. The map covers from Labrador to Boston, including Newfoundland, Nova Scotia, Anticosti Island, and New Brunswick, as far as Cape Cod, including the entire New England coastline from Connecticut to Maine. Inset maps detail Halifax Harbor, Boston Harbor, St. John, the Island of St. Paul, Port St. Andrew, Liverpool Bay, St. Johns, and the Island of St. Pierre. Exhibit copious soundings and annotations of practical use to the mariner.

This map was compiled by John Stratton Hobbs and published by John Norie and Charles Wilson in London. There appears to be but one edition, 1848. The map may have been derived from an earlier map produced by Steel in 1834 - 1836, but we have been unable to verify this. The map is scarce with the OCLC citing only a single example at the British Library. No other examples known.