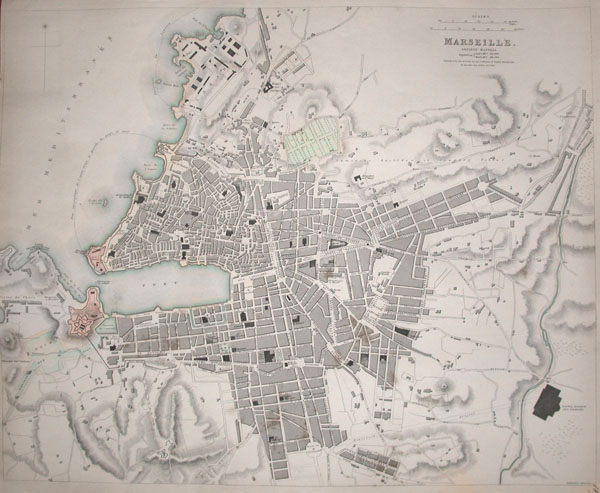 This map is a steel plate engraving, dating to 1840 and published by the S.D.U.K. or 'The Society for the Diffusion of Useful Knowledge.' It represents the southern French city of Marseilles. Individual buildings and streets are carefully noted.