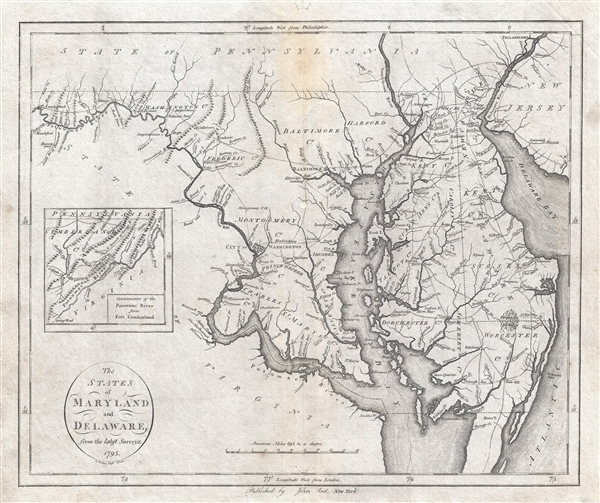 Rare map of Maryland and Delaware from the 2nd earliest American Atlas published.

An important map of Maryland and Delaware issued by John Reid in 1796. This map is from Reid's American Atlas, only the second atlas to be published in America. The map details the Chesapeake Bay Region from Fort Cumberland on the Potomac River to the Delaware Bay and New Jersey and from Philadelphia to Watkins Point. An inset map tracks the Potomac even further west. Cartographically this map is derived form Samuel Lewis's map of 1794. It shows development at Washington D.C., roadways, and an early county structure. The present example is the second state of this map, distinguishable from the cartographically identical first state by the change of the import from 'Wayland, Reid, & Smith' to 'Published by John Reid, New York.'