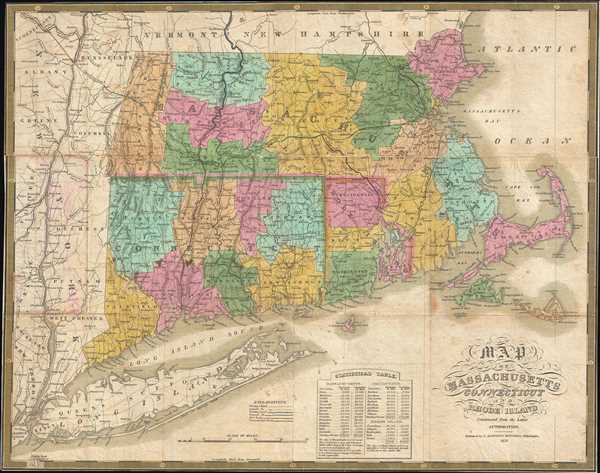 Pocket map of Massachusetts, Connecticut and Rhode Island based on Mitchell's first atlas.
$550.00

This is a beautiful pocket map edition of Mitchell’s 1831 map of Massachusetts, Connecticut and Rhode Island. It covers the New England states in their entirety, with color-coding according to counties. Notes several important towns, cities, roads, rivers and topography throughout, with relief shown by hachures.

Very good. Minor wear and toning with some splits along original fold lines. Minor spotting at places. Detached from binder, flattened and backed with archival tissue.