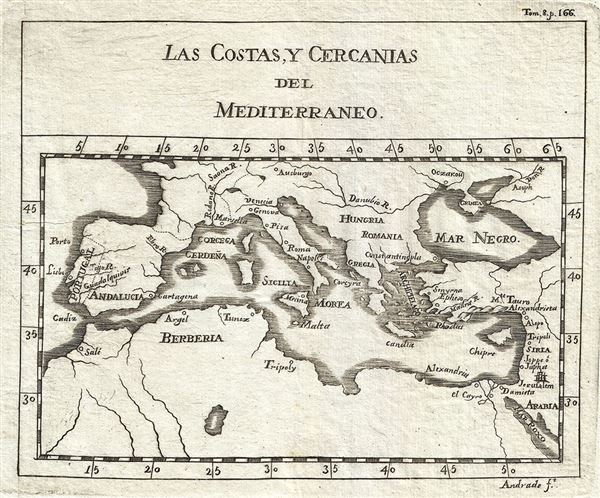 This is an uncommon 1754 map of the Mediterranean Coast by Gabriel Ramirez. Centered on the Mediterranean Sea, it covers from Portugal east as far as Arabia, including the Barbary Coast and the Black Sea. Major rivers and cities are identified including Jerusalem, Constantinople, Rome, Naples, and others.

When this map was made, this region, particularly western Mediterranean, was a hotbed of piracy. The Barbary Pirates would attack trading ships passing through the narrow Gibraltar straits and western Mediterranean. Ships would be destroyed or appropriated, cargo sized, and the crews and passengers enslaved. By the early 19th century, piracy in this region had become so intense that the United States launched its first major naval offensive against Tripoli.