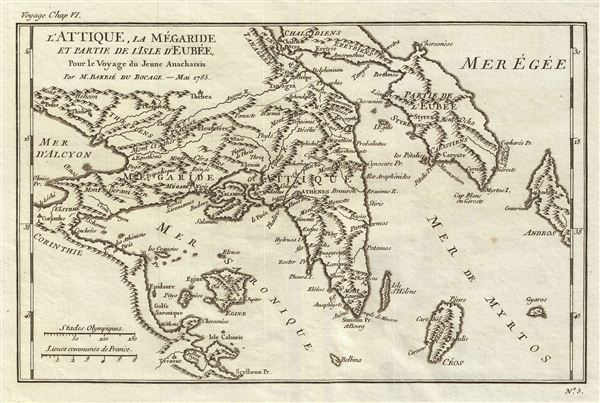 This is an attractive 1785 map of Attica, Megaris and the island of euboea in Ancient Greece. The map covers the regions surrounding the cities of Athens, Megara (the birthplace of euclid) and Thebes. The island of euboea, originally believed to be a part of the mainland until it was separated by an earthquake, is the second largest island in Greece after Crete. Prepared by M. Barbie de Bocage in 1785 to illustrate the Travels of Anacharsis.